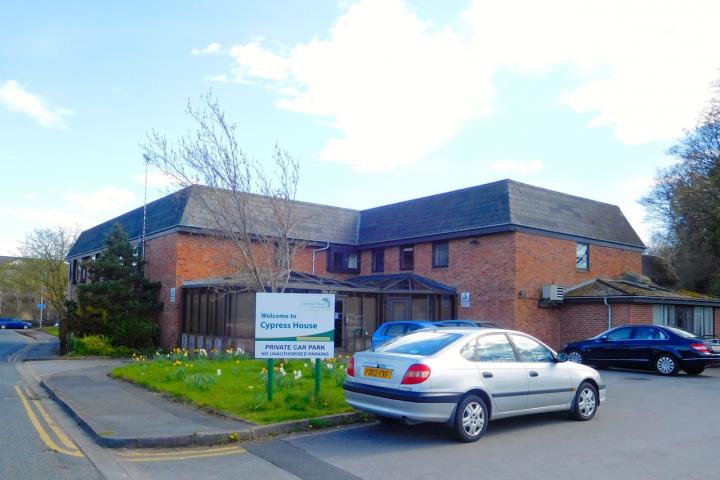 Plans to demolish a redundant nursing home in Handforth and replace it with a block of 39 retirement apartments have been refused by the Northern Planning Committee.

Committee members voted unanimously against Churchill Retirement Living's scheme to demolish Cypress House, which is located on the corner of Wilmslow Road and South Acre Drive. The replacement building would contain 25 one bedroom apartments and 14 two bedroom apartments, a reception, an owners lounge, one guest suite and 20 car parking spaces.

Councillor David Jefferay said "The committee accepted the officer's recommendation of refusal. This was mainly due to the revised proposal not adequately addressing the concerns raised by the inspector when it went to appeal following refusal of the last application. Concerns were also raised by Councillor Julie Smith on the level of parking provision but officer guidance was that it would be difficult to defend that as a reason for refusal should it subsequently go to appeal."

The scheme was a resubmission of a planning application for 45 apartments (ref: 19/3218M) which was subject to a planning appeal in early 2021. The appeal was dismissed due to concerns over the amount and quality of amenity space, particularly external, and the impact on the character of the area due to the limited amount of formal landscaping.

In response, the number of apartments and overall footprint of the building were reduced to enable the landscaped areas to be increased. Additionally the owner's lounge and coffee bar were relocated and open onto a south facing terrace.

The revised plans can be viewed on the Cheshire East Council website by searching for planning reference 21/3555M.

Audrey Youngman
I agree with the planning committee there is far too much car parking. Have more adequate
car parks and less flats.

David Smith
16Feb22:
Where's the logic in knocking down an unused/redundant nursing home with plenty of parking and NEAR to a railway station, pub, shops, doctors, library, bus stops and more - to build homes. THEN recently approve the demolition of two houses not far away [one in Wilmslow and the other in Handforth] in order to build nursing homes that have almost NO parking, miles from shops, a train station, doctor surgeries and more.
Does anyone in charge have a big picture and even bigger PLAN or is it again another example of favouring the property developers?
What do YOU think?

17Feb22:
Thank you Councillor Burkhill for a valiant detailed explanation of how those who are elected to represent the local people are doing their best to stand up against the property developers who just see a bit of land as somewhere on which to plonk as many houses as possible with the purpose of making as many £££'s for their own pockets.
You still, however, have to come up against this mysterious, anonymous character called 'the Northern Planning Officer' who I seem to remember in past planning disputes often has the last word and can authorise whatever he/she likes.
It still amazes me that after such a media grabbing COP26 from Glasgow before Christmas there still doesn't seem to be even the slightest lip service towards low energy homes or any dwelling that actually uses VERY little energy [solar panels, heat recovery systems, water saving systems, thermal insulation etc.] with the benefit to the OWNER/OCCUPIER of the property of much reduced energy consumption and bills.
These property developers just don't seem to be on any bandwagon that is looking to saving the planet. This site is perfect for homes WITHOUT car parking - or even a road to the property so they can't even park a car in the street. This would at least be a nod of support in the direction of those who wish to live a life free of the motorcar - of any kind of propulsion. Living this future way of life would be ideal on this site as all amenities are just a few minutes away by foot or pedal. The problem is such dwellings might be in a lower price bracket which will make them ideal purchases for wealthy persons wishing to add to their 'property portfolios' at the expense of those who still dream of owning a home.

Marcia McGrail
David has nailed my very own thoughts! The property developers' bottom line is lining their own pockets without any consideration as to the consequences of their actions on the communities they blight. Just look at the HS2 ££gazzillions££ lining BJ's cronies pockets.
For what?
And the so-called planners don't seem to have any answers except concrete; more concrete.
Housing as far as the eye can see. Car park after car park. Roads and more roads to accommodate getting somewhere as fast as possible with no let or hinderance for lil'ol' shank's pony me.
Where's the local economy? Well, it isn't here.
Must be somewhere dan sarf.

You are quite entitled to share your opinion. But in my opinion, it is somewhat misleading.