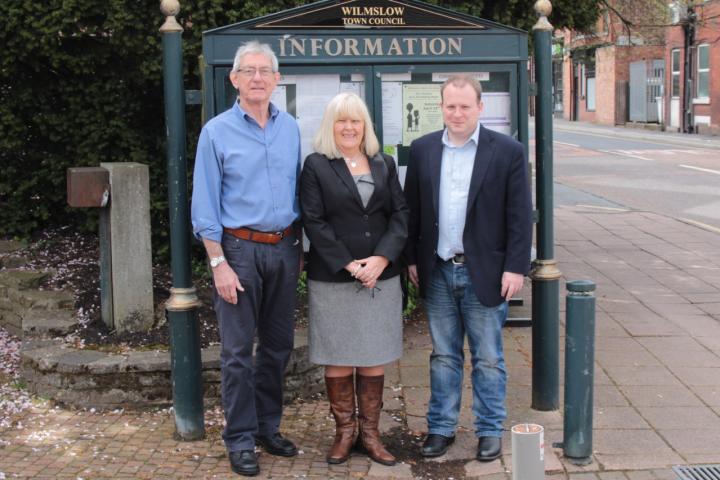 Two former Conservative councillors who represented Wilmslow are to be honoured.

Members of Cheshire East Council voted unanimously at a Special Meeting of Council on Wednesday, 15th December, to appoint 14 former councillors, who have served at least twelve years on Cheshire East and a predecessor council, to the position Honorary Alderman or Alderwoman.

Additionally members agreed to appointed four athletes who won medals at the recent Tokyo Games as Freemen / Women of the Borough.

It has been the tradition of the Council since the London Olympics and Paralympics in 2012, to honour with the Freedom of the Borough, those medallists with close links to Cheshire East. The Freedom of the Borough, which is the highest honour that a Council can bestow, recognises the success of the athletes along with the fact that they are role models for others, demonstrating what hard work and commitment, along with talent, can achieve.

It had been hoped that a Special Meeting of Council would have been held in the spring of 2020 to formally make the appointments; this was not possible due to the pandemic so the intention is, subject to any Coronavirus restrictions, to host a civic reception in May 2022, hosted by the Mayor, to formally make the awards.

Alan Brough
What exactly are we honouring here?

Christopher Evans
I am sure over the intervening period Cllr Menlove has made a contribution. Clever people learn from mistakes.

I seem to recall, very belatedly, his involvement in helping to fix the perennial flooding (boating lake) problem in front of Sainbury's supermarket in Wilmslow. It only took a few years but hey ho that's how things work round here.

Stuart Redgard
Councils in England, Wales, and Northern Ireland have the power to create honorary aldermen (and alderwomen), as a recognition for their services as a councilor. You could say it's a "long service award", and in this case is for former and not "serving" councillors.

#Nick Jones
The Lyme Green report was eventually published but it was heavily redacted.

Cheshire East Council initially refused to disclose the report. It was then ordered to release the report by the Information Commissioner’s Office.

Christine McClory
Wasn’t part of Wilmslow’’s héritage removed by Councillor Menlove? Romany’s caravan.
Romany being the first person to broadcast nature programmes on the BBC…. He lived in Wilmslow and his caravan stood as a memorial for many many years, outside Wilmslow library.

William McQueen
I'm afraid that the efforts of Cllr Menlove regarding the perennial lake in front of Sainsburys sadly were for nought. The lake was back with gusto after the last couple of storms. Just as bad as before. He can't get a medal for this surely??

As for Gary Barton....locals were sick of his inaction on pretty much everything of any use which is why we exercised our voting rights to remove him.

Pete Taylor
Both unbelievable- where to start?

Alan Brough
The real travesty of this is that there are so many, many people in Wilmslow who have done MUCH more to help our local community and who will never put themselves in the public eye and get the recognition that they do richly deserve

These pale imposters survive in that vacuum.