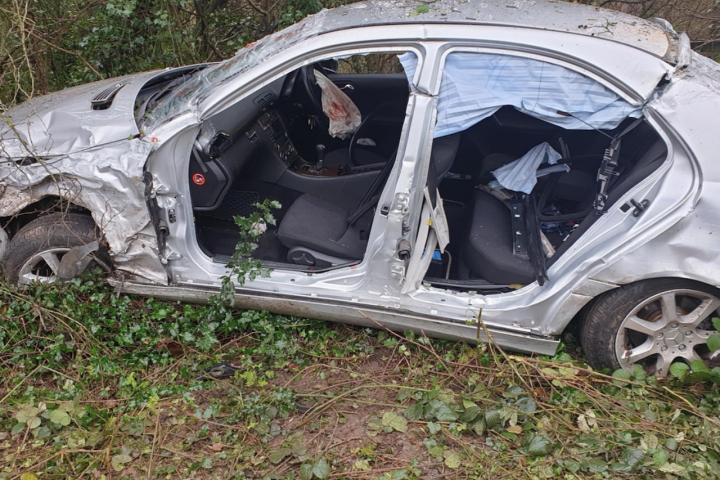 The driver of a silver Mercedes failed a drugs test following a traffic collision involving three vehicles in Wilmslow on Tuesday, 14th December.

Three fire engines attended the incident close to the airport tunnels on Altrincham Road at 10am where a Mercedes had made contact with a van and left the carriageway, ending up in the trees.

Crews used cutting equipment to release the driver who tested positive for cocaine and was taken to Salford Royal Hospital.

A police spokesperson said "3 vehicle RTC attended by Wilmslow Police and Cheshire RCU earlier on A538 near the airport tunnels. Minor injuries. Driver of this vehicle failed the roadside drugs wipe with a positive indication for presence of cocaine. Arrested and taken to hospital."

Another man was checked at the scene by paramedics.