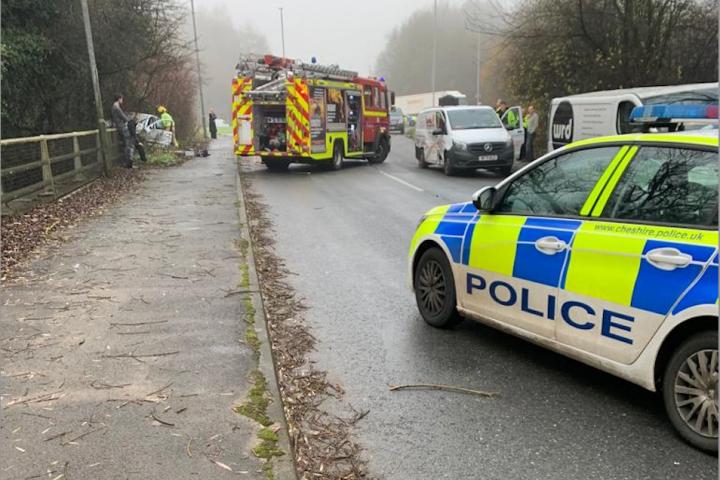 Three fire engines attended the incident close to the airport tunnels on Altrincham Road at 10am where a vehicle had made contact with a van and left the carriageway.

Crews stabilised one of the cars and used cutting equipment to release the casualty who was handed into the care of paramedics.

He has been taken to Salford Royal Hospital.

Another man was checked at the scene by paramedics.