Hundreds of packets of sweets laced with drugs found in field 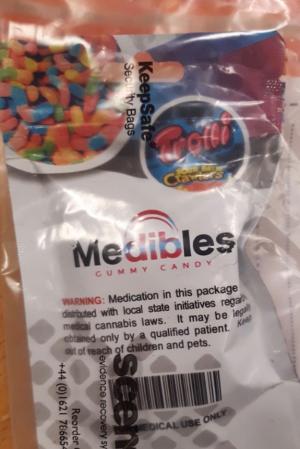 Parents are warned to be vigilant after nearly 1000 packets of cannabis infused sweets were found in Alderley Edge.

Police were called by a concerned member of the public who reported finding a suspicious package in a farmers field near Beech Road at 1pm on Thursday, 4th March.

Officers attended and seized a bag of containing 944 packets of cannabis edibles.

A police spokesperson said "The packaging is designed to look like regular sweets, and consequently appeals to children."

Enquiries in relation to the discovery are ongoing and anyone with any information is asked to call Cheshire Police on 101 quoting IML 930881.