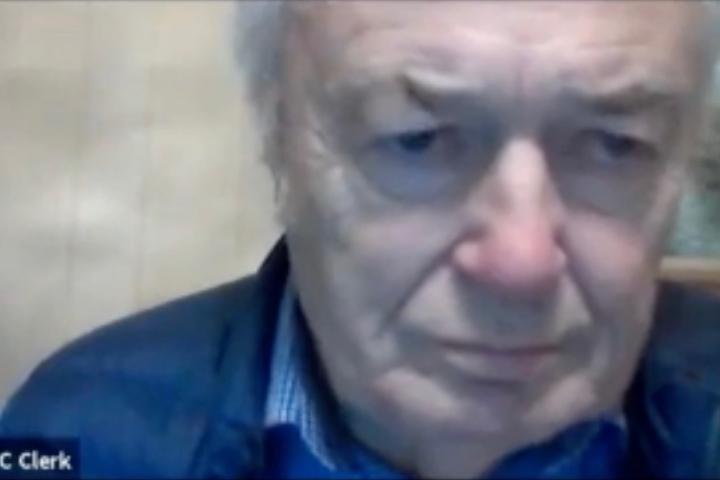 Cheshire East Council has remained tight-lipped regarding the large number of complaints it has received about the conduct and behaviour of Handforth Parish Council (HPC).

David Brown, Director of Governance and Compliance at Cheshire East, wrote to members of the HPC on November 25th 2020.

In the letter Mr Brown stated "I have received a multiplicity of complaints and referrals. These range from multiple complaints about councillors behaviour; to fundamental issues of governance and member/officer engagement. The most recent referrals relate to suggestions that some members of Handforth Parish Council have purported decisions that are plainly unlawful, and these decisions resulted in expenditure of public funds."

Cheshire East Council declined to provide any information or answer any of the questions submitted about the complaints so I subsequently submitted a Freedom of Information request, the response to which was due by 17th February 2021.

However, the authority responded on Tuesday, 9th February, stating that they would not be providing any of the information requested under the terms of the Freedom of Information Act regarding the "multiplicity of complaints and referrals" made against Handforth Parish Council.

Whilst I didn't expect Cheshire East Council to name the parish councillors involved I was surprised that they declined to answer any of the questions.

Instead a letter from the Compliance & Customer Relations Team Cheshire East Council stated:

"The exemption in Section 40(5B)(a)(i) provides that the duty to confirm or deny whether information is held does not arise. This is because providing confirmation or denial would contravene the principles relating to the processing of personal data as set out in Article 5 of the General Data Protection Regulation EU2016/679 (GDPR).

"In coming to this decision, I have taken the following criteria into account:

• Confirming or denying whether the requested information is held would constitute the disclosure of a third party's personal data;

and
• Providing this confirmation or denial would contravene one of the data protection principles.

"Therefore, I am neither confirming nor denying whether the authority holds any information in respect of the 12 questions you have raised for the reasons given above."

As reported on Friday, 5th February, after videos of HPC's zoom meetings went viral, I received confirmation from a source close to Handforth Parish Council that an investigation into the conduct and behaviour of Handforth Parish Council is being carried out by Cheshire East Council's Committee for Standards. The investigation started in July 2020 and is expected to be completed in the next 3 to 4 weeks.

Henry Mott
It's a good job that the person at the centre of this fiasco doesn't hold a senior position within Cheshire East and could influence the investigation....oh wait he is mayor of Cheshire East.

Mark Russell
Drain the swamp. They are all as bad as each other.

Bob Bracegirdle
More and more they will hide behind proscriptive rules rather than common sense taking a hold. Cannot be helped. The whole world has gone the same way.

On the other hand my local Parish Council is an example of probity.

Brendan Murphy
What kind of nimcompoops swallow the Jacky Weaver wangle (apart from Daily Mail/Telegraph readers)? The video clip had been misleadingly edited to get a laugh from the suckers. And those pestering Cheshire East Council for info about Weaver ought to be charged a "nuisance fee". Weaver lives in Shrewsbury. She has not been elected. She was just a busybody too big for her boots.

Henry Mott
Brendan Murphy, I would suggest you watch not only the whole meeting, but others that have preceded. The clip has obviously been edited, but unfortunately is very actuate in the portrayal of the poor behaviour and bullying regularly witnessed @ HPC meetings. I have gone personally and seen the chairman constantly obstructing good will and progress trying to be made by others. Although I applaud the use of "nimcompoops", its a very under used word. However, obviously not used correctly in your assessment of this situation. I'm also getting vibes that you and the soon to be ex Councillors are now jealous of the subsequent fame Mrs Weaver has acquired.

Brendan Murphy
Let's get it right. The Weaver woman is a well paid public offcial. The Chairman of Handforth Parish council is a volunteer, unpaid.

Janet Taylor
Brendon Murphy if you think this whole debacle is about 18 minutes of viral video, I suggest you watch the whole, previous and subsequent meetings as well as asking yourself why CEC Standards Committee would have started an investigation last July, Jackie Weaver was asked to provide a clerk for the meeting in anticipation of the behaviour of these 3 councillors which was subsequently proved to be the right decision. Were you fully aware of their preceding actions I doubt you would be defending them.

A councillor has been found guilty of breaching a restraining order against his neighbour.

Brendan Murphy, 73, Cheshire East councillor for Tytherington, was given a two-year order in April 2012 forbidding contact with neighbours Christopher and Margaret Boyd. It followed a conviction for harassment.

Mr Murphy, of Hilton Road, Disley, was fined £625 last year after admitting breaching the order by speaking to Mr Boyd on November 12 and 13, 2013. But he appealed the conviction and this was upheld by a Crown Court judge who said the plea was ‘equivocal’.

Mr Murphy went on trial at Macclesfield Magistrates last month. The trial concluded this week and he was found guilty. He was ordered to pay £1,000 fines, £800 costs and £200 compensation.

Deny its not you if you can

Henry Mott
Brendan Murphy = The privet hedge pest. I Know why he doesn't like the daily mail. Although, I don't blame him!