Wilmslow in WW2 - The fallen in the Far East 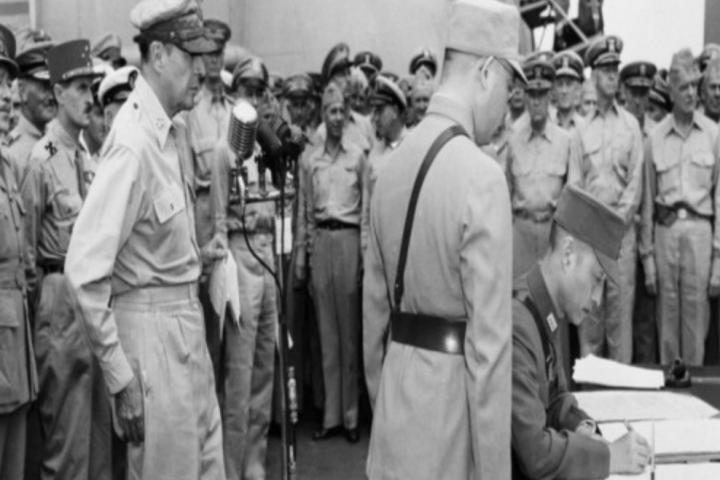 Japan declared war on the UK and other Allies on 7th December 1941 and following attacks on Malaya, Singapore and Hong Kong we responded by declaring war the following day.

The surprise, pre-emptive strike by the Japanese navy at Pearl Harbour, Honolulu on Sunday 7th - "a day that will live in infamy" - had brought the USA into the war and widened the theatre of conflict to the Pacific.

Churchill saw it as a most significant day in the nation's struggle and he was appalled and exhilarated in perhaps equal measures. Satiated with emotion, he said he "slept the sleep of the saved and thankful" as he felt with the USA in the war against the Axis, victory could eventually be ours. The struggle, however, would be long and bitter, consisting of some of the largest naval battles in history; fierce struggles for us in India and Burma; and brutal war crimes across the area. The loss of human life was to be immense.

The war's end saw massive air raids over Japan and the dropping of atomic bombs on Hiroshima (6th August) and Nagasaki (9th August). Emperor Hirohito announced an intent to surrender on 15th August 1945 and Japan formally surrendered to General Douglas MacArthur aboard the USS Missouri in Tokyo Bay on 2nd September.

Marcia McGrail
Thank you for another poignant reminder of such awful waste - and for what? The japanese brought hiroshima on their own heads by their warmongering stupidity. Go figure.