Rugby: Wolves shut out of the game by Stockport 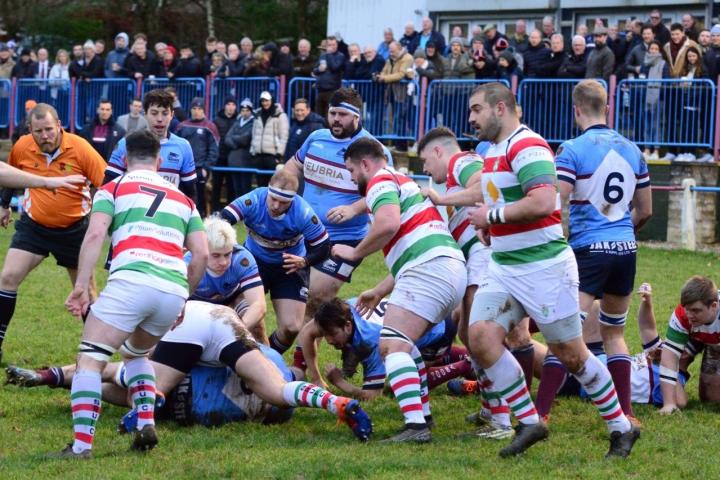 The new decade started with Wilmslow's bubble being well and truly burst. Several of their most influential players were still side lined and they then suffered a plague of on field injuries, which by the end had reduced them to just thirteen players on the pitch. It became mission impossible as the short handed Wolves were forced to concede a plethora of penalties at the breakdown against a well organised much improved Stockport side.

Three tries by the visitors to just one from Wilmslow was a fair reflection of the balance of play on the day. Wilmslow's fast running game was made to look pedestrian as it stalled against the steel like immovable object, which was Stockport's defensive line. The Stockport pack also held the upper hand in broken play. Their scrum and lineout was generally solid and around the field, they played as a close co-ordinated unit, driving forward, retaining possession and being first to the breakdown in numbers. The Wolves were just shut out of the game, particularly in the second half when they hardly emerged from their own twenty two.

Yet, it all started with so much promise. Stockport were forced to concede a lineout from the opening kick off and for ten minutes or so the Wolves pummelled at their defence. Stockport were caught offside three times in quick succession but their defence held and one felt that the Wolves should have had more than just the three points kicked by Bob MacCallum. It was during this early period that the dangerous Ben Day had to leave the field with a serious looking knee injury.

From the restart, Stockport started to put some phases together and it was against the run of play after nearly twenty five minutes, when Wilmslow stole a lineout and counter attacked down the right. When centre Ethan Harding was pulled down off the ball, MacCallum set up a catch and drive situation from which prop Robert Taylor eventually touched down for an 8 - 0 lead.

Thereafter, for the best part of an hour, Stockport were in the box seat. The penalties against the Wolves began to mount and from a lineout 'port scrum half Rory Austen took a recycled ball to get their opening score. Only desperate Wilmslow defence and a pair of forward passes prevented them from adding a second try before the break.

They then dominated the second period and could well have had more than the two tries they got, the first after just five minutes when full back Callum Owen made the extra man in the Stockport line and the second just five minutes from no side when centre Nick Coupland took the final pass. Both tries had their origins in penalty awards at the breakdown, a solid lineout and forward drive sucking in the shorthanded defence, which eventually had to give. For the intervening thirty minutes or so, the pressure on the Wolves defence was relentless. Four Wilmslow forwards, Alex Taylor, Adam Taher, Conor McMurdock and Sammy Lawton all had to leave the fray during this period. You would have to give credit to those remaining for denying Stockport anything more and for their tenacity in trying to make something out of not very much.

Chris Jones now has a week to patch together his bruised and battered troops for the difficult assignment at Moss Farm in Northwich.