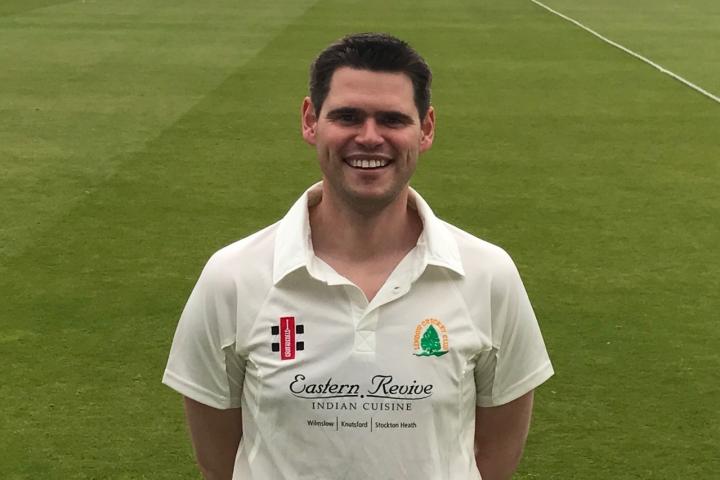 Lindow 1st XI welcomed Mobberley to Upcast Lane as they looked to bounce back from the previous week's dramatic last ball loss to Warrington. With the morning rain gone, Lindow won the toss and elected to bat first.

The Lindow openers made a steady start, reaching 31-0 before Rob Herriott was caught in the gully for 12. From here a partnership of 72 between Tim Affleck (33) and Atiq Uz-Zaman (52) put the home side in control. However, as 103-1 became 114-3 Mobberley sensed a way back into the game, but it wasn't to be for the visitors.

First Adam Bull and Major Khan (27) grafted well for a partnership of 62, followed by a quick-fire partnership of 56 between Bull and Alex Matthews (23). A late cameo from Matt Barnes and further boundaries from Bull, who finished 68 not out, allowed Lindow to declare on a mammoth 260-7 from just 45 overs.

Facing such a big total, Mobberley played big shots from the start, but Lindow took their chances and dismissed the visitors for just 135. The wickets were shared between the bowlers with openers Alex Matthews (3-29) and Rana Rauf (1-24) getting early success, before handing over to the spinners, Sully Raja (3-34) and Tim Affleck (3-31), to finish the job. A comprehensive win for Lindow, who remain top of the table.

Lindow 2nd XI travelled to top of the table Davenham and found themselves batting having lost the toss. Lindow got the worst of the wicket after the early rain, but in truth were beaten by a better team on the day. Lindow finished their innings 163-8 with Henry James 49 not out. The club's u15s captain continues to impress for the 2nd XI and was well supported on the day by Rob Venables (35). In response Davenham showed why they are top of the league, reaching their target for the loss of just two wickets, taken by Tom Rae and Hassan Rashid.

Lindow 3rd XI also hosted local rivals as they welcomed Styal 2nd XI to the club's Wilmslow Phoenix ground. Having won the toss and elected to bowl, Lindow simply blew the visitors away. Openers Khalid Ahmed (3-16) and Neil Barker (3-9) did the early damage, before u14 Will Espley claimed 3 wickets for just one run as Styal were dismissed for 35. Lindow reached their target in 7 overs for the loss of two wickets with captain Hassan Mahmood 23 not out.

The Lindow Ladies team was only formed this season, but they are playing like a team that has been together for years and they have enjoyed a very successful few days. On Thursday they won away at Lymm from the division above to book their place in the T20 Cup Semi-Finals, on Friday they won all their matches at the Sandbach softball cricket festival and then on Sunday they beat Marple Ladies in the league. With 18 players used across the three successes, it is clear that the victories are down to a real squad effort.

Photo: Adam Bull who scored 68 not out for Lindow 1st XI.