"We failed completely to try and influence the planning authority" 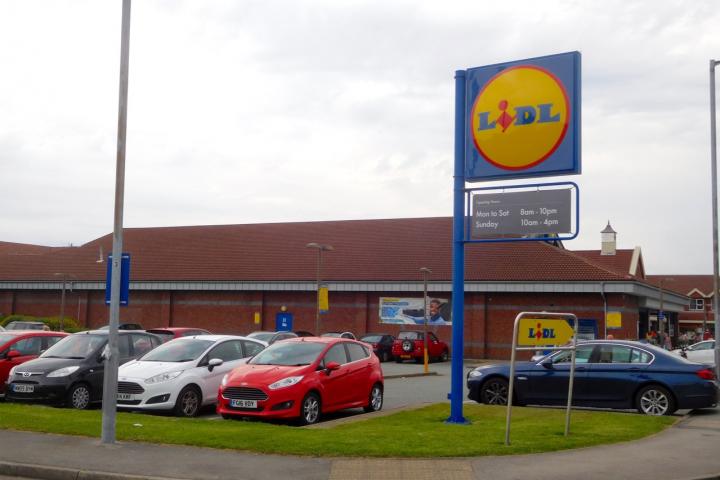 A Wilmslow Town Councillor has heavily criticised their failure to attend a recent meeting of the Northern Planning Committee (NPC) and influence their decision on a controversial planning application.

Speaking at the Wilmslow Town Council (WTC) meeting on Monday, 19th February, Councillor Mark Goldsmith raised the issue that Wilmslow Town Council had the opportunity to speak when the Lidl application to build a larger store at Summerfields Village was discussed at the Northern Planning Committee for the second time on February 14th, but chose not to.

Councillor Mark Goldsmith, who attended the Northern Planning Committee meeting on February 14th responded "It wasn't, no. I was there at the deferred meeting."

He added "Every other party spoke at that meeting, they all repeated, or made new comments. New people spoke, everybody said different things."

Cllr Martin Watkins said "What I am saying is that the position of WTC was very clearly put and I have checked in those minutes."

Councillor Mark Goldsmith responded "It was clearly put on the 8th of December but we had an opportunity to reiterate that on 14th February.

"Everyone else spoke and you could actually have told everybody at that committee about Halliwell Jones' other site." (It was raised during the Town Council meeting that the fact Halliwell Jones have applied to build a new car dealership on land at Coppice Way in Handforth, relocating their MINI dealership from Summerfields, will free up a lot of parking spaces currently used by MINI.)

He continued "It's in the constitution of Cheshire East that we have three minutes to speak, as does everybody else, and I think we should have taken that. We may have persuaded one councillor. All we had to do is persuade one councillor to abstain, rather than voting for the deferral and we may have won that case.

"There were 415 people who complained from Wilmslow Town Centre about that development and we did nothing to speak up for them. We had the opportunity, we were invited to speak for them."

Some councillors responded by saying that it was "rubbish", to which Councillor Goldsmith said "It is not rubbish at all. We never really spoke out about it at the start."

Councillor Goldsmith replied "It was not clear at all. Even during the meeting they asked what Esther McVey's position was because they didn't have that to hand. If they don't know what the MP wrote why would they know the intricacies of what WTC said."

Councillor David Jefferies commented" I think it is a bit ambiguous when we have these Northern Planning Committee meetings about whether we are going to attend or not. Maybe it's a topic for the planning committee to discuss at one of our meetings about some sort of policy about when we attend and when we don't."

Mark Goldsmith continued "I just refer you to the Good Councillor's Guide which I was given when I joined. 'As one planning officer observed there are those local councils who understand the system, who have influence and there are those that don't. Local councils can spend hours on development control but forget that it is equally important to influence the policies of the planning authority. I think we failed completely to try and influence the planning authority at this instance."

Lynne Prescott
Remember this when they come up for election. Time to vote in some people who take their duty to their constituents with more energy and commitment

Firstly, thank you again Mark for standing up for Colshaw : Summerfields residents against the flawed Lidl application.

The work that you, Barry Burkhill, the planning experts and the residents continue to do to oppose the planning application is heart warming.

However as you say at the last Northern Planning Committee meeting on 14th February they didn't take up the opportunity to reiterate their unchanged position regarding Lidl. Opportunity lost.

As a resident of thirty years, I too found this week's Wilmslow Town Council meeting to be very disappointing

The debate about recycling, plastic, local plans , The Rex and the 'the arts' is all very honourable and shows balance, & it was reassuring to see it on the agenda.

However, when it came down to actually protecting residents, to putting Handforth & Wilmslow town centres first and to carry out some introspection about their relationship with Cheshire East ... then sadly nothing tangible emerged.

I am sure however Mark that your drive and determination will get Wilmslow Town Council back on track.

Incidentally residents have just read today that yet another town centre business is closing its doors to add to the problems Wilmslow & Handforth are facing. Very worrying times . . .

John Harries
What Lynne Prescott said...and double that again.
We need more independent representation by enthusiastic, capable, honest people who care about what is being allowed to happen to Wilmslow, Handforth etc.
It's not easy but it's the right thing - far too much vested/influenced interest in CEC with 'dark powers' in the background chipping and chopping away at what we had that must be offset, countered and resisted.
I'm no NIMBY but how often do we read "more jobs" as a justification for this or that development - in real terms Wilmslow doesn't need more jobs does it. Is the Job Centre even in operation?

You are absolutely right John, this is nothing about NIMBYism.

It is about protecting what is right and defending it from what planning wise, is so heavily flawed.

None of us must be backed into a corner by greedy developers and multi nationals with an eye to the balance sheet but not to the community.

Residents here on Colshaw : Summerfields are particularly grateful for the support of Clrs Mark Goldsmith & Barry Burkhill and for the technical help we have received.

Stand together Wilmslow residents and Wilmslow Town Council please (!) before it is too late.

Rick Andrews
How long can Cheshire East council survive? Planning chaos, a history of failed outsourcing initiatives, poorly maintained and unsafe roads and paths...... we have to vote for councillors who care at the next round of elections. Yes, we have some who understand the obligations and responsibilities, but we need more. It seems that the councillors and residents views are largely ignored, and this needs to change.

Manuel Golding
I applaud Cllr Mark Goldsmith (Residents of Wilmslow) for stating quite clearly to WTC that they failed the residents of Wilmslow by not presenting at last week's NPC.
Mark has emphasised the clear benefit of a robust but independent voice in and for Wilmslow's residents, both at Cheshire East and WT councils. The current majority party's
councillors on both councils have clearly shown time after time that they do not represent the views of their constituents; only the independent Residents of Wilmslow councillors, at both councils, will, can and are doing that.
The time to put wrong to right will be at the next series of elections for both councils in May 2019.
RoW has one councillor on CE, Toni Fox for Dean Row ward and two on WT, Mark Goldsmith & David Jefferay (both East ward) - they are the authentic and listening ears and voices for Wilmslow.
If you wish to affiliate with RoW please contact us on 07930 377778 or Cllr Mark Goldsmith on (01625) 528420 or 07711 230223.