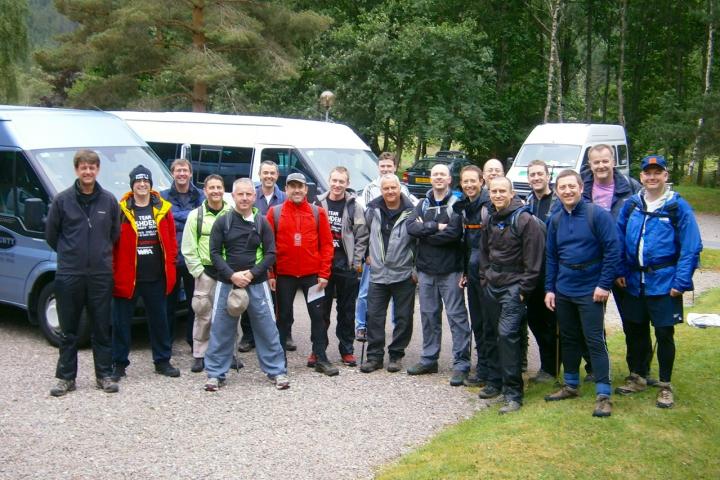 Wilmslow Town Council has approved a grant application from the Parents and Teacher's Association (PTA) at one of the town's primary schools, whilst stressing that this is a one off, due to special circumstances, and they would not normally support this type of grant.

Ashdene Primary School PTA applied for £600 to help cover the costs of the Three peak Challenge which a group of parents are preparing to take on in early July.

Councillor David Pincombe explained "This is not a straight forward grant, as it involves the Seashell Trust at Handforth who will benefit from half the total proceeds raised, which is estimated to be around £4000.

"The Seashell Trust are loaning Ashdene PTA two mini uses to transport volunteers for the climb, each volunteer is paying an agreed £100 towards costs. However, there are now too many volunteers to be accommodated in the two Sea Shell mini buses which prompted the PTA to contact the Town Council for a grant of £600, to be used to hire a third mini bus and assist with associated costs, including driver training."

Whilst this is not the type of grant the Town Council would support under normal circumstances, in this instance they agreed that given the plans were well advanced and both the Seashell Trust and the PTA would be benefitting they would approve the application for £600.

Councillor Frank McCarthy said "I was a little reluctant to support the whole thing in the first instance because it came from a PTA and when you give it to one PTA every PTA in the town will be coming to the council and asking for money for all sorts of things which really should be within their own remit. I think however, this is a slightly unusual one. If we support it I think it should be as a one-ff to a PTA and it should be noted to PTAs that we wouldn't expect to be hearing from them but as it's a most unusual thing and it's difficult circumstances and it needs to be done quite quickly I will support it."

James MacDonald
The only thing unusual is the award of the grant.