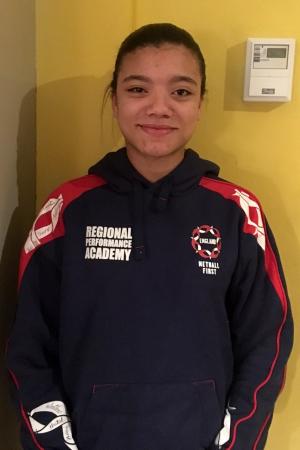 A Year 10 student from Wilmslow High School who has played netball since primary school has been selected to play for England.

Josephine Fraser-Thomson developed a passion for netball at an early age and has since played for Cheshire county. She now plays for the North West Regional Performance Academy.

Kay Walsh, PE teacher, said "On Saturday 11th March 2017 she was one of 11 girls selected to represent the North West as a region at the England selection trials and was successful so she is now an England U17 netball athlete.

"Well done, we wish you every success in the future."