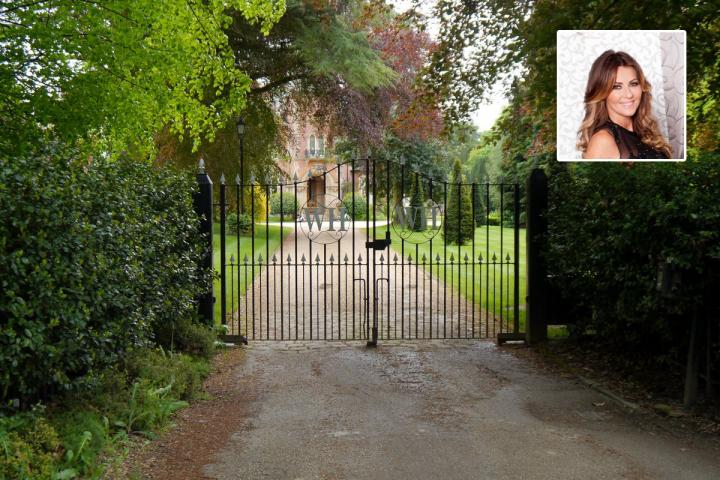 A reality TV star and ex-footballer have lodged an appeal against Cheshire East Council's refusal to grant them planning permission to create a conference and wedding venue at their Great Warford home.

Having struggled to sell Warford Hall for the past 4 years, Dawn Ward, star of The Real Housewives of Cheshire, and her husband Ashley Ward applied to change the use of the hall from a private residence with ancillary offices to a dwelling with conference and banquet facilities for up to 130 people.

Great Warford, Little Warford and Nether Alderley parish councils all objected to the application along with over 200 local residents who complained that "Party Warford" was inappropriate in a quiet, rural village and would result in noise disturbance and increased levels of traffic on the narrow country lanes.

Despite the level of opposition, the Planning Officer recommended the controversial plans for approval by the Northern Planning Committee because he considered it an appropriate development which was not contrary to Green Belt policies.

However, committee members overturned the officer's recommendation and voted against the planning application in July, with the exception of one member who voted in favour and another who abstained.

The plans were refused on the grounds that the proposed development was an inappropriate development in the Green Belt and the proposed travel plan submitted with the application was not practicable or enforceable.

This week the Wards, who bought the hall 12 years ago and ran their property construction business 'Bilton Ward Developments' from there until it was hit by the recession, have made an appeal to the Secretary of State which will be dealt with by way of written submissions, as there will be no public hearing.

They also say that a travel plan is unnecessary for the site as it has longstanding commercial uses (the site is accessed from a drive that also serves a commercial potato storage unit) but if it is required then the submitted plan, which was revised during the course of the application, has been proven to be practicable and enforceable elsewhere and would provide the necessary control.

The appeal also states that the Council has taken an inconsistent approach to this site when compared with recent local decisions - such as granting planning permission for function venues at both Colshaw Hall and Merrydale Manor - accepting the same travel plan which was originally put forward for Warford Hall.

Once again local residents are uniting in opposition to the plans to create a conference and wedding venue at Warford Hall. The Great Warford Action Group are taking professional advice and 23 local residents have indicated that they are prepared to contribute towards the legal costs.

Speaking about the appeal, a spokesperson for the Great Warford Action Group said "I am sure that you will read this with interest, particularly the admission that a CCTV camera was installed to spy upon movements at the Potato Farm. They have clearly missed however the fact that our objection was not about daytime movements but those that would have occurred during the early hours.

"They also suggest they we are confused over the difference between their proposal and the annual charity ball. We are not confused, we accept a one off annual function for charity, (provided it operates within the hours licensed), what we object to is the prospect of regular events, possibly two or even each three a week during the summer months."

The appeal documentation can be viewed on the Cheshire East Council website by searching for planning reference 15/4515M. The deadline for responses is 26th January 2017. The Council's statement will be available to view within six weeks of the appeal starting date.

Angie Thorpe
I feel this is a great place for wedding/conference venues.. we move with the times.. to lose such lovely buildings that could go into disrepair if not maintained over time, would be a travesty.. there are too many do gooders in this area trying to maintain a snob value.. I know I would book this venue for a wedding for one of my sons should the plans be passed.. and we would respect the building and its neighbours.!!!

Sandra Cox
I do not think those who oppose this Application can be accused of snobbery or called do-gooders. If this Appeal is granted, their whole enjoyment of their properties would be compromised and a peaceful area changed forever in order for others to make money. That cannot be right.

Simon Worthington
Sandra, your comments apply to all the plans for the local area and I am surprised if you have just realised it is to make money. Perhaps one of the reasons for refusal of this caper is that there is no money for the council or their cronies.

Oliver Romain
Residents worried about the late night noise should take comfort from the fact that the alcohol licence is not permanent and things like excess noise can see it withdrawn quite quickly and easily.