Huge disappointment as town's views 'have been ignored' in Local Plan 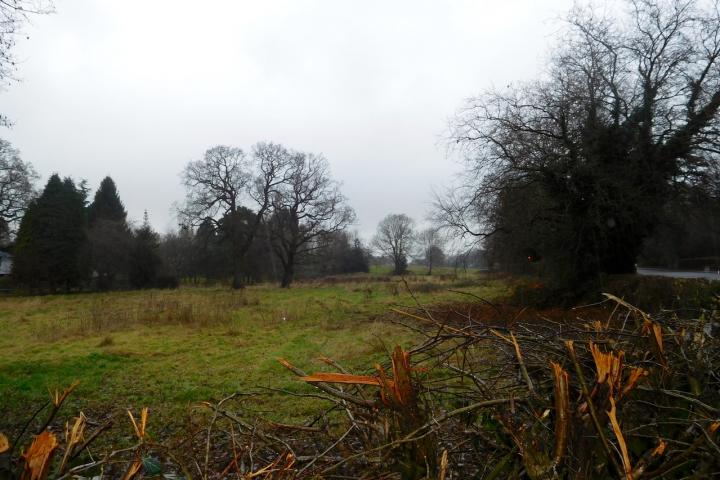 Wilmslow Town Council is hugely disappointed that with only 'minor amendments' the Inspector has agreed the Cheshire East Local Plan, ignoring the views of many local residents and the Town Council.

In a report prepared by Councillor Keith Purdom for the Wilmslow Town Council meeting on Monday, 19th December, he stated that the views expressed both in writing and in person to the Inspector have been ignored.

Councillor Keith Purdom said "We had repeated our opinion that the Green Belt was there for a reason and that we didn't need the large number of houses allocated to Wilmslow.

"That the starting place being the number of completions to date, was both out of date and plain wrong. Far more completions had taken place than the CE numbers.

"We also stated our opposition to Upcast Lane area, either for development or safeguarding (for future development) and we were clear that we believed that the land off the Prestbury Link Road was a far better location on exactly the grounds that the Inspector was looking for - access to the town and station on foot and cycle, access to the A34 and the motorways. That it is 'deliverable' being CE owned and it is promoted by a developer.

"I personally attended the Inspector's hearing to make these points and spoke strongly about the land to the west of Royal London - it offers a green approach to Wilmslow and highly valued by many not, just the local residents.

"We also spoke about the traffic analysis upon which much of this depends and stated along with others that it was plain wrong to analyse each site in isolation and an holistic approach was needed to analyse the aggregate effect of all the housing that will impact Wilmslow. Thus those in the nearby Councils, such as for example Handforth and Woodford but also Greater Manchester Council area as their latest consultation sees some 7000 - yes 7000 houses identified to sites local to the Cheshire East boundary that will especially impact the A34 SEMMS roads it seems and for which no traffic analysis has been made available to date.

"This latest information from GM is itself alarming as they seem to have ignored the impact of their neighbours being the CE Local Plan and concentrated housing along their boundaries and especially the CEC boundary. This is not joined up thinking and appears to the writer to discredit the entire planning process which seems to focus almost entirely on meeting the Government's target number of housing despite any and all local opinion about where development might take place, ignores almost entirely the protection of the Green Belt, includes no encouragement for developers to work on more difficult brown field sites and the process takes no account of such consequential matters as roads, medical and school facilities.

"So after years of consultation, many many meetings, written and verbal input to CEC and the Inspector the bottom line is that the Inspector has increased the number of completions for Wilmslow by 10 - yes really - and suggested that the land to the west of the Royal London site include some open space.

"Through the SPP and WTC we can continue to seek opportunities to influence development - we will for example continue to work with local residents who are seeking to influence the development of the Stanneylands sites and with other residents affected elsewhere but personally I (along with many other WTC councillors) started this work with high hopes that we could influence CEC (and subsequently the Inspector) and have plan that reflected at some of the residents opinions. Clearly our work has influenced almost nothing at all."

Click here to view details of the sites in Wilmslow and Handforth which have been included in the Local Plan Strategy for development.

Chris Wigley
There is, I think, one answer to this and that is for Alderley Edge and Wilmslow to do what Handforth has been doing for years and electing to Cheshire East independent councillors (eg Alderley Edge First and Residents of Wilmslow) in order to help break the stranglehold of the ruling party. We should be encouraging every town and village within the county to do the same.
We have had a succession of disasterous political leaders at Cheshire East which have cost the council taxpayer dearly, it is now time to say that enough is enough and we totally reject your local plan which will completely destroy the character of this part of Cheshire.

Vic Barlow
What message does that send to both the residents of Wilmslow and the council they elected to represent them?
Are all those councillors and all those residents this land grab affects going to believe in democracy?
No wonder we are witnessing widespread rejection of the political establishment.
This is yet another example of the political elite inflicting their views on the people they purport to represent.

John Harries
Chris Wigley makes the point well - but is anyone listening!
Local feeling and overwhelming support for less not more housing and office development or significant reduction of green belt land is being hijacked by a set of representatives that are 'NOT' doing what they have been elected to do - and taking our money in doing it. Get them out and let's have people prepared to slug it out with the developers and corporations that are moving in on what is clearly lucrative land grabbing and pocket filling opportunities.
CEC have form, lots of it. Wastage is rife and hare brained schemes abound that amount to no more than plan daft, bordering on outright fraud on the community.
It's late but not too late to change things.
Ratepayers know what they want so let's put people in place who are committed to doing 'our' will, prepared to at least fight 'our' corner.

Nick Jones
Is anybody really surprised ?? Did you expect anything else ??

The concrete over Green spaces brigade COGS.. will love this... you know the ones... who dont want to live in a city but think the city should come to them... no doubt their boring rhetoric will follow shortly..

Terry Roeves
What does it take for conservative Cllrs to resign? Are they simply rolling over yet again? We do hope not.
Resignations would trigger elections. However, finding good candidates is not that easy. Local government has never been straightforward, nor will it be. We believe in government for the people, by the people: but when the current fur lined ruts run so deeply, then it's going to be very difficult to deliver what voters want. Independents? Perhaps.
WTC Cllrs cannot do it. Local CEC conservative Cllrs won't do it. So Independents it is.

Bob Bracegirdle
I liked Graham Shaw's comments on the link article about Wilmslow not being the area he moved into. But this is inevitable. It most certainly is not the area I was born into in 1944 when it was a village. I expect my father and grandfather would have even more interesting views.

The coming of the railway decided what Wilmslow's future would be 150 years ago.

Vic Barlow
It's definitely NOT for the people they have very little say.
If however you are a large organiisation with deep pockets you can weild enormous influence

Peter Evans
I agree with almost all the sentiments expressed here. But am totally unsurprised. CEC acts like I would expect - with total and utter distain for the residents they are meant to represent. WTC is shown again to be a totally pointless and toothless bunch (feel bit sorry for them, it must be rather embarrassing to be so pointless and so ignored).
I very much agree with the points made about voting out the cretins we elect on to CEC but equally agree that doing this and finding appropriate independent with the time and energy to take on the incompetence and, basically, fraud we see at present will be a challenge.
You really cannot make the garbage up - just now, I really want to yell my head off at all these stupid, self righteous morons we call our "elected" CEC representatives.
Happy Christmas...

Pete Taylor
As usual there is a deafening silence from our CEC "representatives; those very people who voted to remove the Green Belt protection from around Wilmslow. If they had an ounce of decency they would resign right now.

Reminds me of another term, Gifted Amateur, I am afraid our councillors are not Gifted with any skills needed - definitely amateur.

Merry Christmas and let's hope for a Good New Year. :-)

Terry Roeves
WTC's was an act of extraordinary defiance against a CEC system that does not and will not listen to people's concerns and anxieties. We don't matter.
We need to be honest. Our governance, our democracy, does not function properly. It is failing the people of this country. That is also the message of Brexit and also think on USA 2017.

Manuel Golding
What did we really and honestly believe would be the outcome of this years long charade?

The whole mythology of "public consultation" is the political equivalent of a medical palliative. We are told to take the medicine as it will do us good but secretly it has no medical worth whatsoever. Just like these public consultations - worthless & expensive.

Residents of Wilmslow believe the people of Wilmslow, and surrounding localities, have been consistently let down by our Conservative CEC representatives - over the past four years or more we have watched them blindly following & voting with and for their party's whip, not saying a jot in opposing the rape & destruction of green belt & green fields across the borough.

When has a single Conservative councillor stood up in council to speak against & later vote against their leadership's strategy to destroying the town's green belt. They all bend to follow the whip. The leadership has been blindly following the developers' destructive & greedy agendas. RoW has consistently advocated development of eyesore brown sites - we are told these are too costly for the poor developers to make a handsome profit - since when has business been all about an easy ride? We see RoWs careful & meticulous building stock taking numbers ignored &/or gerrymandered to fit with the council's & developers' needs. Not your needs Mr & Mrs Voter, you do not count or matter in the scheme of things.

They firmly hope & believe that the residents will have soon forgotten the destruction of the area that they have been party to. It is not going to happen, it will not conveniently go away - we will not forget a single one of these spineless individuals when we are next at the ballot box.

Of course they act in the way they do, voting with their party come what may to the detriment of their voters, because to "kick over the traces" will mean they are ruling themselves out of remunerative & lucrative council posts (and the ability to create even more losses via council created faux organisations).

Residents of Wilmslow is determined to give voters a clear independent strategy, devoid of party requirements & demands. RoW will be that independent voice for Wilmslow, joining with other areas of the borough who desire even more independent voices.

We clearly see voters are despairing of voting for party yes men (and women), who only care for their own political agenda. Brexit is a salutary warning for these apparatchiks, also reinforced by the voters of the USA.