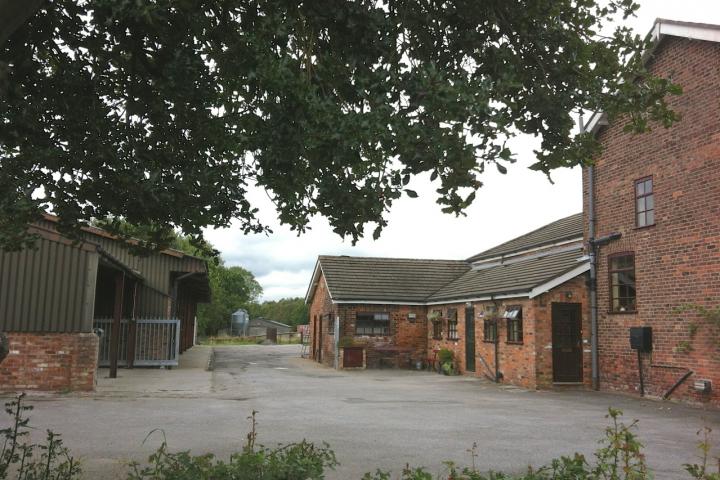 A planning application seeking permission for agricultural buildings on Moor Lane to be used as an abattoir has been withdrawn and replaced with a new application.

The applicants claim that the outbuildings at Yew Tree Farm have been in active use as a slaughterhouse since 2001 but an application for the change of use was only submitted to Cheshire East Council in 2014.

Objections to the application which was withdrawn this month, reference 14/4954M, were received from occupants of 17 neighbouring properties on the grounds that not all of the buildings are used as part of the abattoir as indicated, some are used for storage of tools and run down farming machinery.

One local resident said "In the 26 years that I have lived in this house the majority of Yew Tree Farm buildings claimed to have been in use as an abattoir have not in fact been used for that purpose.

"Moreover, approval for use as an abattoir for other buildings was not obtained. Intended end use is for housing development. This would adversely affect the nature of the area and add to traffic."

Objections were also raised regarding the smells generated and the loss of valuable farm land.

One resident wrote "When the wind is blowing from a certain direction the smells generated from the activities conducted there are extremely foul. This reduces the enjoyment of our semi- rural environment."

Another local resident said "Simply because the proposer/Farmer has been using this site as an abattoir in my view does not and should not give him them the right to change it's use. It should be kept as valuable farm land as nature and it's current planning use is intended. Just because the proposer wants to retire and use this land for development should not allow this Certificate to be granted. He should sell it onto a farmer who actually does not break the planning legislation."

Whilst a further objection stated "I believe that this planning application is a ploy to get housing development on this land. The land its self is green belt and as such should not be developed."

A new planning application has been submitted this week, reference 16/2344M, for a certificate of lawfulness in respect of the use of land at Yew Tree Farm for mixed-use residential and industrial use.

This latest application states "Since 2001, the unit of occupation has been used for both residential and industrial purposes. Both uses are primary uses of the land and the uses are not confined within separate or physically distinct areas of the site. The unit of occupation is a single planning unit with a mixed-use taking place across the whole of the unit.

"It is considered that there is a lawful use at Yew Tree Farm on the basis that the land has been used continuously for the purposes of industrial and residential for a period significantly in excess of 10 years at the time of this application."

According to this latest application the site has been used for the rearing of seasonal turkeys and production of a small hay crop but these are ancillary and only form a small proportion of the operations on site - which has been used continuously as a mixed use site for industrial and residential uses for a period significantly in excess of 10 years.

Earlier this year controversial plans for a residential development at Yew Tree Farm, which lies within the North Cheshire Green Belt, were refused.

In January the Northern Planning Committee considered the application from the Stewart Milne Group to build 21 dwellings at Yewtree Farm. The proposal was for two-storey detached properties and mews houses with 30% of the properties being affordable and two parking spaces per property.

The planning application was refused on the grounds of inappropriate development in the Green Belt and the impact on neighbours due to the lack of space between properties. Additionally members felt that Insufficient information had been submitted with the application to enable a comprehensive appraisal of highways safety, flooding and drainage issues to be undertaken.

Representations were received from approximately 45 households, 6 of which were in support of the proposal and the rest were objections. Wilmslow Town Council also recommend refusal on the grounds that there were no exceptional circumstances for the development in the Green Belt.

The application for a certificate of lawful existing use for abattoir and residential use can be viewed on the Cheshire East Council website by searching for planning reference 16/2344M. The last date for submitting comments is 10th June and a decision is expected by 13th July.

Howard Piltz
The use of this land as an abattoir remains an unpopular activity amongst most residents in the area, changing the respective permissions will not change that. CEC had the chance to rid us of this farm by allowing houses to be built - once again this council does not serve us well, instead of declining permission I would have hoped that negotiation with the applicant would have found a pragmatic and mutually acceptable solution.

Pete Taylor
Seeing as Cllr Barton approved the application to build 75 houses in the Green Belt field at the back of my house; I sincerely hope this little development over his back fence succeeds. Looks like a welcome continued use.