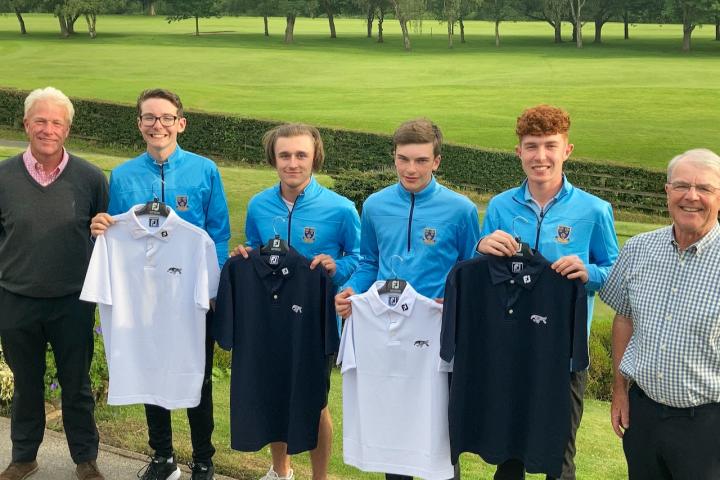 The 2021 Northern Counties Boys' Qualifying Championship was held at the Ilkley Golf Club on Wednesday 30 June. When Cheshire picked a team of 6 players to represent the County in this event against the other Northern Counties their team of 6 included 4 from Wilmslow. Which is exceedingly rare.

The winner from the Northern Counties Boys go through to play the winners of the Midlands, South West and South East in a big Final staged by England Golf, where the winning 4 Counties from each region compete to be the Champion County in England.

Wilmslow should be proud of their junior members especially Sam Johnson who shot 67 gross in the morning and followed it up with a 67 gross in the afternoon to finish second overall. Sam has worked hard on his game in preparation for the event, "What I love about Wilmslow is the fantastic condition of the course and the brilliant practice facilities it has to offer. I am able to get to the club early hours of the morning and be able to work on my short and long game. I'm then able to play the course in superb condition at any part of the day which enhances my practice as the greens are quick and smooth, with the course firm and fast which adds difficulty to my game but makes me a better player."

The Cheshire team finished 4th in the event but it was good to see Wilmlsow so well represented.