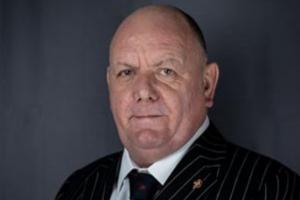 A Cheshire East Councillor shocked and angered his fellow councillors yesterday evening when he informed them that despite having tested positive for Covid-19 he would still be attending the Full Council meeting today (Tuesday, 22nd June).

"Colleagues, I appear to have tested positive for Covid-19 this evening. However, given that I have had the two jabs, I am not concerned.

"Since I have a skin condition, I do not wear a mask but rather a visor, I plan to attend tomorrow as required. Those of you who are shielding may wish to keep social distancing from me."

In order to justify his decision, Mr Asquith - who has subsequently said he misread the result and had actually tested negative - went on to email is colleagues saying "The law states:

"You are legally obliged to self-isolate as soon as you show symptoms of COVID-19, and must book a test within 5 days. If you get a positive test result, you must self-isolate for 10 days from the day your symptoms started. By self-isolating when told to do so by NHS Test and Trace, you are protecting your family, friends and local community, and helping to stop the spread of the virus.

"I can confirm that I have no symptoms so the law does not apply.

"See you all tomorrow."

Councillor Toni Fox responded "I find your arrogance and disregard for the safety of others quite extraordinary.

"As has already been made clear by the Chief Executive as you have tested positive you will not be permitted to attend the meeting tomorrow."

Councillor Mick Warren wrote "Without getting into a bun fight over what is or isn't the law, the government advice is quite clear on the .Gov website (below) that you must self isolate immediately and not to do so might be seen as irresponsible from an elected member, who I would suggest be expected to lead by example?"

Mr Asquith has subsequently said that he had made a mistake and the test results was in fact negative. However, he decided not to attend today's Council meeting.

He told me "It turns out that the test was a negative test, I simply misread it. I circulated an image of the type of test result that I got, with my email, and only a few people have got back to me pointing out it was negative and that I had misread it."

He added "There are issues being dealt with today that I feel really strongly about and I wanted to attend, thinking that since if I felt fine and we were socially distanced and wearing masks it would be possible for me to do so.

"However, in the cold light of day I can see that this would not have been possible.

"Given how excited everyone has become over this issue - and even though the test was negative - I have sent my apologies in for this meeting."

Roger Bagguley
Totally with Councillor Toni Fox on this. What is it that people don't understand about Covid and a raging pandemic? The law and advice are designed to keep people safe and to bring this under control. Common sense and caring for others seems to be beyond a significant number of people including those we rely on to set an example and to apply some intelligence to decision making.

Gemma Evans
Marc Asquith is a barrister, so he can't exactly claim he doesn't understand the law.

Paul Tracey
Is this the sort of person we want representing us, someone who cannot read a simple test result?

Handforth Parish Council have a vacancy.

Diane Holcroft
I’m not a meany but this man should be fired and sent on a course to be educated on health requirements, rules and regulations.

Maybe he has been too busy checking his test results.

Manuel Golding
Wether Cllr Asquirh nisread his Covid test result is not the issue. The fact is he told "the world" he had a positive test result, then says he git it wrong, it was in fact negative.
The man has spread doubts about so that no one rally knows the truth of his result. He has sewn serrious doubts as to his health state so has no option but to comply with the law - stay away and isolate.
This from sa man who is a qualufied barrister, an officer of the law. Maybe the voters of Chelford shoulf be offered a reliable person and one who understands what he is reading, When the opportunity next to vote for their councillo next arises hoperfully the elector's choice will be between sensible knowledgable candidates who have the ability to read and understand simple wotes reports.Unfirtunately,Cllr Asquith meets none of these criteria.