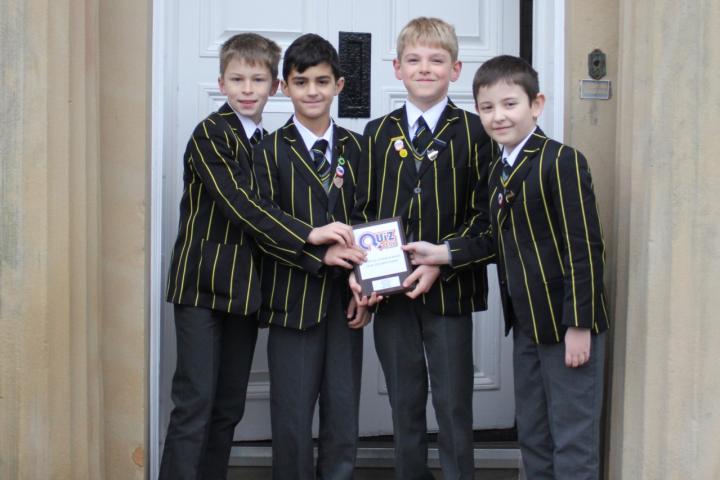 A team from The Ryleys School in Alderley Edge has won the regional heat of the National Inter-School Science Championship.

The team of four, including Matthew G, Jack C, James C and Joey B, entered along with more than 40,000 other children in Years 5 and 6 from across the country, all of which competed at regional heats. The regional heat for the North West saw The Ryleys School competing against a number of independent schools in the area.

The Ryleys School team fought off stiff competition, answering a range of complex questions from the solar system and the smallest creatures on earth to inventions which have transformed the world. The Ryleys School was crowned the overall winner and will now compete in the national final, which will be held in the Dominion Theatre in the West End in June 2020.

Head Teacher, Mrs Julia Langford, said: "In terms of achievement, there is no comparison and we are so very, very proud of all of the pupils who were outstanding in every sense of the word, especially when you factor in that we are a non-selective school and fielded some Year 4 pupils. It is a significant validation of both the quality of the curriculum and opportunities on offer in school."