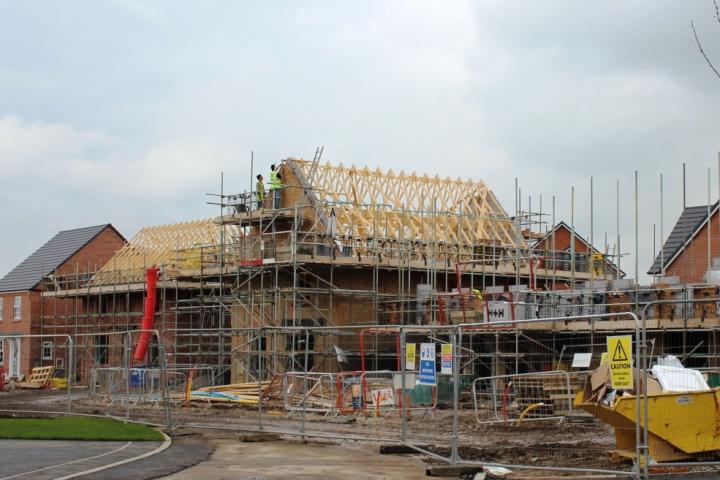 Handforth Parish Council and local residents will benefit from a new charge on housing and selected retail developments if the proposed introduction of the Community Infrastructure Levy (CIL) goes ahead in 2019.

Cheshire East Council is planning to introduce the Community Infrastructure Levy (CIL) which will be payable once new developments start construction and is calculated per square metre of eligible floor space. The funds raised will be used to help fund new community facilities and infrastructure - such as roads, schools and medical facilities.

Handforth Parish Council objected to Cheshire East Council's proposal for a zero rate for the North Cheshire Growth Village which would have meant that they would have seen no benefit in relation to this development from the new planning charge and would result in them losing £2m.

Handforth Parish Council (via their consultants GVA Grimley) and other representatives from Handforth lodged strong objections to the proposed CIL rating for the Garden Village at Handforth. As a parish, for almost 2 years, Handforth has been working to ensure what they feel is an appropriate CIL rating is applied for its Garden Village site. However, Cheshire East Council argued that their Garden Village would not be viable if CIL were to be levied on the site.

Objections raised by representatives from Handforth were deemed strong enough to merit them putting their case directly to the Independent Examiner Nigel Payne, which occurred when the CEC Draft CIL Charging Schedule was subjected to public examination in Macclesfield Town Hall in September 2018.

In his report, published on December 17th, Nigel Payne stated "I agree with representors that the Council has underestimated likely sales values that might reasonably be expected on the site and that the overall viability of the scheme has been reduced accordingly. With Tier E values applied and the other adjustments referred to above also taken into account, including increased building costs since February 2017, I am entirely satisfied that the GVH project will be conventionally viable and capable of supporting a reasonable level of CIL contributions without any material risk to the delivery of the scheme, which is of national relevance, as well as important to the implementation of the LPS by 2030."

He continued "On this basis, it would be reasonable to conclude that the scheme is capable of supporting a CIL charge at the Zone 4 level, in common with many other large strategic sites in this part of Cheshire East."

The CIL allows for a portion of monies raised to be portioned off for local neighbourhood spend. Where Neighbourhood Plans are in place this would represent 25% and where there is no Neighbourhood Plan it would be 15%, or a maximum of £100 per existing dwelling, to be spent on local priorities.

These monies can be spent, by Parish and Town Councils, on items that 'support the development of the area' and would represent a very important source of funding to invest in the local area.

Speaking about the outcome of the examination, Ashley Comiskey Dawson, Handforth Parish Clerk, said "Very pleasingly the report endorsed a number of the points we raised and the Examiner has ruled that the Garden Village at Handforth is capable of supporting a CIL rate of £71 per sq m without becoming unviable. The examiner has recommended CEC should now revise their CIL levy rate map for Handforth accordingly.

"It is important that residents of Handforth do not run away with the idea that their parish council will quickly become awash with CIL money. In reality CIL payments are likely to be made following the submission of planning applications for each component of the Garden Village. This is likely to occur over a period of approximately 10 years. Furthermore any CIL money flowing into the parish council coffers must be spent on the infrastructure projects listed in the Handforth Neighbourhood Plan."

The draft charging schedule divided Cheshire East into five charging zones for residential development – ranging from a zero rate in many built-up areas through to £168 per square metre.

The highest rate of £168 per square metre was proposed for the following Local Plan sites: land between Sagars Road and Clay Lane in Handforth, Royal London including land west of Alderley Road, Land at Little Stanneylands, Heathfield Farm and Alderley Park.

Nigel Payne also recommended that the residential rate in Zone 5 was reduced from £168 psm to the Zone 4 level of £71 psm and the rate for apartments across the whole borough was reduced to zero.

The decision as to whether to adopt CIL is due to be made at a meeting of full council in February 2019.

The CIL would operate in tandem with – and not instead of – Section 106 developer funding, the contribution made by developers from large-scale new housing schemes in the borough to fund infrastructure and other needs.

Councillor Ainsley Arnold, Cheshire East Council cabinet member for housing, planning and regeneration, said: "I am pleased that the examiner's conclusions enable us to progress with proposals to introduce the CIL in the New Year. As stated in our opening remarks at the public hearings, we have a positive approach to delivering sustainable development and the economic growth that brings and CIL would bring with it further benefit to our communities in the borough.

"But overall we are pleased with the examiner's decisions as this would help us to fund some of the infrastructure that our residents and businesses rely on and I look forward to implementing the charge at the earliest opportunity."

Cheshire East Council's local development plan includes the provision of an additional 36,000 homes and 380 hectares of employment land before 2030. The council has calculated that significant new infrastructure – roads, schools, leisure and health facilities – will be required to support the level of housing growth it is expected to deliver.

It is estimated that the community infrastructure levy could generate around £30-35m for the benefit of residents over the next 11 years, alongside developer contributions under S106.

For information about the community infrastructure levy and how it is proposed to apply it in Cheshire East visit: https://bit.ly/2GuM6EL.

Toni Fox
Very well done to all those who contributed to this very welcome outcome for Handforth’s residents.

For years Handforth has been viewed as an easy target by Cheshire East Council but thanks to the dedication of a small number of residents this is no longer the case.

Roger Small
It is extremely pleasing that the CIL Examiner has recommended that a levy of £71 per sq m be applied to the Handforth Garden Village site. I would like to commend Handforth Parish Council for investing in professional (HVA Grimley) support to help argue the case for an appropriate levy for the Garden Village site. Hopefully that investment will now yield an excellent return in terms of Garden Village-related CIL payments.

I would particularly like to commend Mr Alan Murdoch and Councillor Brian Tolver who, as local residents, made extremely well-researched and well-argued submissions at the CIL examination. Thanks are also due to the Rt .Hon. Esther McVey MP and Poynton Town Council both of whom submitted letters of support for Handforth during the CIL consultation programme.

Chris Wigley
Well done Handforth Parish Council for being persistent in getting some funding for the infrastructure that will be needed to support the Garden Village.
I was also interested in the development between Sagars Road and Clay Lane which is in the parish of Styal but the only access and presumably services will be via Meriton Road in Handforth, I do hope that any funding will go to Handforth Parish Council to provide them.