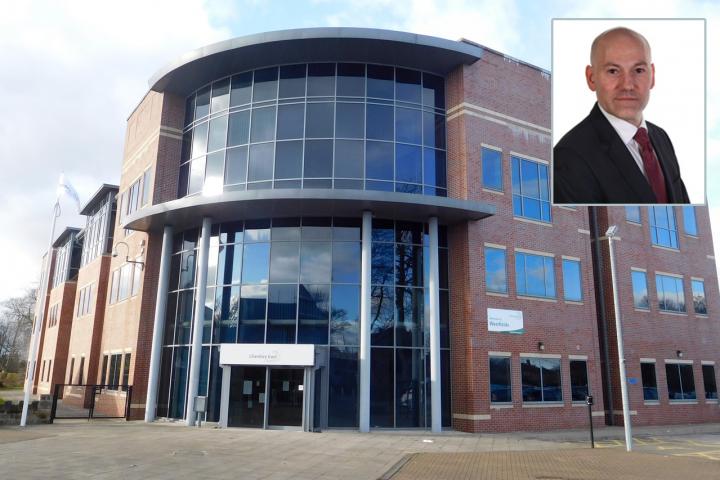 Cheshire East Council has appointed a temporary officer to its senior management team at a cost of over £1000 a day.

Jan Willis has been appointed as Interim Section 151 Officer, responsible for Finance, Procurement and Audit on an initial daily rate of £1,025. The Council then intends to seek a fixed term contract at a monthly salary cost of £10,626.

The decision to make these two appointments was taken by Kath O'Dwyer, the Acting Chief Executive, under 'urgency procedures'.

A report prepared for a meeting of the Staffing Committee on Thursday, 27th April, stated "A requirement to introduce immediate interim arrangements for the role of Statutory Monitoring Officer and Section 151 Officer has recently arisen. Given the importance of these statutory roles and the risk of delaying effective interim arrangements until Staffing Committee and Council, or until a quorate special meetings of those bodies can be convened, the delay was considered to be unacceptable. For this reason, urgency procedures were applied."

The Council will not disclose any details regarding the nature of the concerns raised about officer conduct or whether the committee is investigating the conduct of any other officers.

David Hoyle
Nice work if you can get it.Shows that the rise in our council tax is well spent. Not.

Nick Jones
This is a small council (compared to others),and then just to add perspective its smaller again by ½, divided by doubling beuracracy and administration function at East and West. We already have a catalogue of fiscal failures and wrong doing at CEC ... and now this further fiscal nonsense .. The UK PM gets £150K p/a an MP £70k p/a... This is a council not a premiership football club ! Its our money !.. Are there no Cllrs with any conscience to stand up and challenge this ?? No apparently not...

Pete Taylor
Seriously; I am prepared to go in and shadow this person, at no cost and report back on exactly what they do.

Mark Goldsmith
Cheshire East's ability to waste OUR money is truly boundless. Change will only come though if you change your vote.

Birgitta Hoffmann
Nearly 400.000 GBP for a job that even 6 years ago was paid half that. There is no earthly reason to pay that money. The council now has less responsibilities than in 2005, thanks to the various town councils and increase in Academies etc, as well as the much advertised streamlining of the CE administration. So why is this man payed more than many board members of successful banks?
Cheshire East should start looking to recruit within its financial limits and offer a realistic pay package, especially in view of the huge cuts in school funding and front end services that we are facing.

Alan Brough
This appointment has been made by the Staffing Committee at CE Council.

As the Vice Chair of that committee I would ask Wilmslow Conservative Councillor Gary Barton how, at a time when CE are again cutting services and increasing Council Tax, can CE countenance such an appointment?

This (in my opinion) is yet another slap in the face for local residents from an arrogant and out of control Council.

Bob Jones
My council tax blown in a couple of days!

Pity about the unexpected general election and the need (cost) of a temporary/acting returning officer.

DELETED ACCOUNT
I have lost track now of how many senior staff at Cheshire East are either on "gardening leave" or having their jobs filled by someone else. Is it 4 or is it 5 people? Which jobs are they? Are these the most important posts in the Council? You have to feel sorry for the ordinary staff who work there who are on lowly wages/salaries and who see all this money going down the drain. Cheshire East is making "line of duty" look tame in comparison.

Nick Jones
@Jackie; S151 of the Local Government Act 1972 requires L/A’s to make proper arrangements for administration of its financial matters, That is already sadly lacking in CEC as you allude, The catalogue of failures is beyond contempt to the residents still paying for their fiscal frivolity. The S151 officer must be a qualified accountant and member of an acknowledged professional body. He / she is otherwise duty bound to report unlawful financial activity, past and present, so how this all equates to a 4% tax rise whilst hemorrhaging cash like confetti, perhaps warrants criminal investigation in itself and proper holding to account, particularly if the incumbent at £1000 a day allows ‘more of the same’ to continue. The ‘silence’ of others 'in the know' that have allowed these fiscal shenanigans to go unchecked is deafening !

DELETED ACCOUNT
Thanks Nick. What I still can't understand is how this 4% tax rise can be happening at the same time as the Council is buying land. Something else which warrants investigation in my view.

Maria Quin
Nick Jones - you are spot on and I agree it's got to a stage now where a criminal investigation seems appropriate. As residents, we can't go on allowing our Council to rob us - which is effectively what they're doing! Just don't know how to make that happen! Any ideas, folks?

Simon Worthington
As I have raised previously do we not have any lawyers prepared to work for us pro bono and pursue these incompetents with a view to criminal prosecution. Perhaps time for crowd funding.

Jonathan Follows
Bill Norman, "Director of Legal Services and Monitoring Officer", who has been absent from his post since April, has now been "officially suspended" after the Investigation and Disciplinary Committee meeting on Friday July 14th. The same words about this being a "neutral act" as in the case of the suspension of Mike Suarez were made by CEC.