Nationwide clean up is coming to Wilmslow 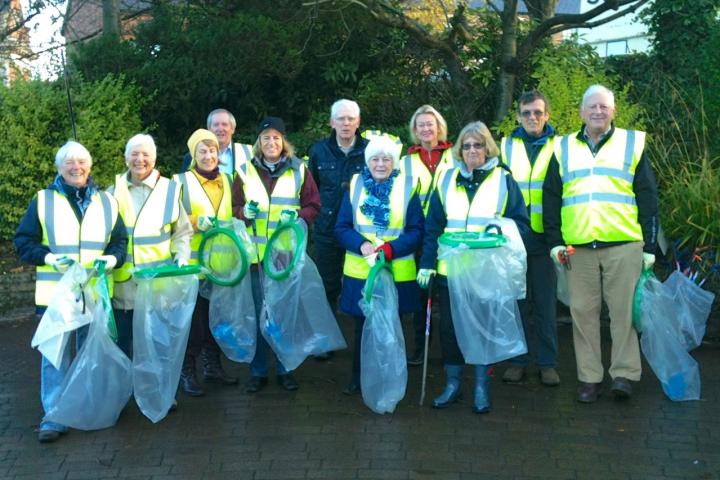 Wilmslow Clean Team have scheduled an extra task session to take place on Saturday, 13th September, UK Clean Up Day, in support of the first ever nationwide clean up action.

Led by 'Let's Do It' the campaign is calling on all Brits to get involved and undertake their own litter picking tasks.

On 13th September thousands of clean ups will be taking place all over the UK. From parks, cities and rivers, to our woodlands and oceans.

Vickie Daniels, who is heading up the Wilmslow voluntary group, said "According to Keep Britain Tidy, an average of 2 million pieces of litter are dropped each day in the UK, costing upwards of £1 billion per year to clean up and manage. The litter is not just an aesthetic problem, it also poses serious threat to our wildlife, with the RSPCA receiving over 7000 calls per year in relation to animals with litter-related injuries.

"We are asking for new and exisiting volunteers to join the Wilmslow Clean Team task, which will meet at Bank Square at 10am Saturday morning, in support of the nationwide campaign.

"The WIlmslow Clean Team has a strong base of regular volunteers that meet at least twice per month, but we are looking to extend our reach and recruit some new helpers. If you are interested and think you are able to help, please have a look on our website for details or attend the task session on Saturday for more information."

Ade Whitaker
This was a successful event - with 7 volunteers collecting 12 sacks of litter. We were pleased to welcome a new volunteer who came along after seeing this article.

The next litter pick is scheduled for Thursday 18th September. We are meeting at the Kings Arms at 10:00. Why not come along and help us out ? We are always on the lookout for new volunteers.