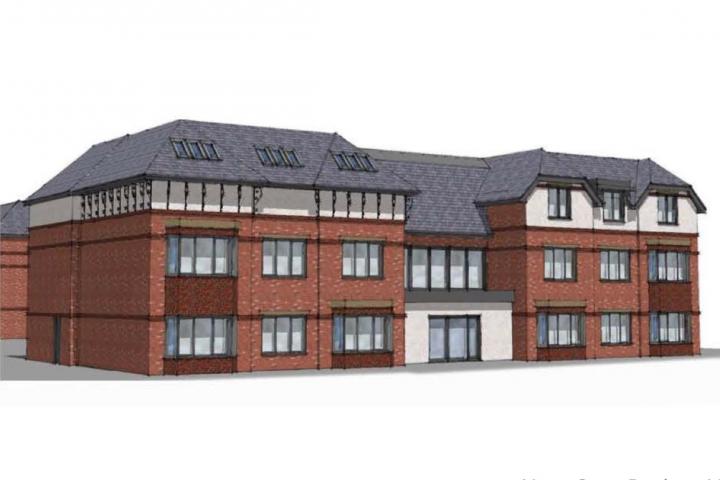 An appeal lodged against the refusal of planning permission for a care home in Wilmslow has been dismissed.

Altrincham based New Care Project submitted an appeal against the decision to refuse permission for the demolition of two 4-bedroom detached properties at 51 and 53 Handforth Road in Wilmslow and erection of a 65-bedroom care home (reference 18/4024M).

The proposed scheme was met with strong opposition with 84 letters of objection received - mainly from local residents but also from the NHS Eastern Cheshire clinical commissioning group and GP partners in Handforth who objected on the basis of the current high number of care homes in Eastern Cheshire and the impact on the primary care services available to other residents living locally.

Local MP Ester McVey also objected saying "My concerns have not substantially changed from my previous objection. I believe that any changes have been minor and do not substantially alter the fact that this site is not suitable for a care home."

However, the Planning Officer recommended the planning application for approval concluding that "While the objections are noted, the proposed scheme is considered to be acceptable".

The Northern Planning Committee disagreed with the recommendation though and in April 2019 members voted to refuse permission on the grounds that the development would be detrimental to the interests of highway safety through an increase in parking and the proposal would lead to an overdevelopment of the site which would have an overbearing impact on the living conditions for neighbours.

The applicant argued that the parking provision is acceptable because the proposal would generate no more than a dozen vehicle movements during either of the network peak hours, the impact of which will be negligible, and the parking provision is slightly higher than the demand at 3 other similar sites in Macclesfield, Wilmslow, and Holmes Chapel.

In regard to the second reason for refusal, the applicant states "To the north, there is a sufficient gap with extensive screening from protected trees to ensure that the development would have an acceptable impact on the properties to the north.

"To the south the adjacent property would be number 49. Changes in the topography and orientation reduce the impact on this property in terms of loss of light or loss of privacy. The proposed building would be positioned over 40m from the closest rear habitable windows of number 49.

"The proposed side facing windows at first and second floor would be positioned over 22m from the boundary with number 49, which together with the mature boundary screening would ensure that this relationship is within acceptable limits.

"Further into the site the building would be over 24m from the closest point of the properties along Tarporley Walk. This is within acceptable limits."

However, the Planning Inspector concluded that the appeal should be dismissed.

He said "I have found that the appeal proposal would cause harm to the character and appearance of area. Due to the permanence of the building, this harm would be significant and lasting."

Mr Dowsett added "Although I have found that the proposal would not cause harm to highway safety, or living conditions of neighbours, neither of these matters either singly or collectively would justify or outweigh that harm that I have found. Nor is there any substantive evidence that there is an overriding need for care home provision that would warrant the harm that would be caused."

A second appeal against the refusal of permission for a two-storey rear extension at 44 Hawthorn Lane, which is located within Hawthorn Lane Conservation Area, was also dismissed.

The plans involved building an extension in a recessed area on the rear elevation of the 4-storey period semi-detached, replacing a two storey bay window feature that encompasses the lower ground and ground floor levels and is mirrored on the adjoining semi.

The scheme (reference 19/1456M) was refused due to the effect of the development on character and appearance, with particular regard to Hawthorn Lane Conservation Area, and the living conditions of the occupiers of 46 Hawthorne Lane in respect of light.

Adding "There are numerous examples of similar extensions in the Conservation Area that have been allowed."

In order to address the Council's second reason for refusal - the loss of sunlight to 46 Hawthorn Lane - the applicants sought an "expert opinion".

Mr Kennedy, who visited the site and assessed the plans, said "In conclusion based on the analyses work I have prepared and taking full account of the guidelines and recommendations detailed in the BRE Guide the proposed extension works cannot, in my opinion, be viewed as works that will result in an acceptable loss of light or sunlight to the relevant area at No.46."

However, the Planning Inspector concluded that the appeal should be dismissed, saying "I have found no harm from the proposal on the living conditions of the occupiers of 46 Hawthorn Lane, however I have found there would be harm to the character and appearance of the area and the CA. That is the prevailing consideration."

In August 2019 New Care Project submitted another set of revised plans to demolish the two residential properties at 51 to 53 Handforth Road and replace them with a 60 bedroom care home which will be arranged over three floors.

The new scheme proposes 34 car parking spaces, including 4 for disabled use, with one vehicle and one designated pedestrian access point, replacing the two existing driveways.

The revised plans are yet to be determined and can be viewed on the Cheshire East Council website.

Sally Hoare
Unless I am missing something, no mention was made to the fact that such a large care home would impact on the medical services locally. I would have thought this would be the major problem.

Pete Taylor
Are we sure that the Planning Officer is in the right job?

Jon Newell
This news may have been superceeded. An ammended application (19/3831M) is on the agenda for the CEC Northern Planning Meeting scheduled for 4 December at Macclesfield Town Hall.

Manuel Golding
Pete Taylor's question is tantalisingly begging for THE answer to the concerns so many of us have had for so long about so many.

Steven Kingsby
Another "planning officer" recommendation against the views of the Northern Planning committee, the local, and not so local, residents and now the Planning Inspectorate.

These (outsourced) planning officers need to take a good hard look at themselves.

It's just as well others are unbiased and have common sense.

Pete Taylor
So; this refusal of second appeal is reported on Sunday 3rd November and is (so we are told) up for a third appeal on Monday 4th November? Smacks of desperation, to me.

Nick Jones
In the majority of reporting, Why are the planning officers and inspectors not identified ??
They do not have a right to anonymity.
What are they hiding ? other than some erratic decision making / rationale !
Make them visibly and transparently accountable.

Bill Bennett
I have been to every meeting in relation to this development. At the last Council meeting in Macclesfield, the planning officer Mathew Keen, recommended acceptance of the planning proposal. The recommendation of acceptance came as a surprise to everyone at the meeting, as it did not meet Council requirements for parking and fell short in many other areas. Fortunately, the planning committee. Voted unanimously to reject the plans and refused permission. As a lay person, I am at a loss to understand why the planning officer is so out of tune with Council Rules.

Desmond Williams
delighted to hear the planning committee has rejected this project for the right reasons.The planning officers judgement is clearly wanting.

Jon Williams
Altrincham based New Care Project will get it in the end, we have a need for care beds all over the country.

Geoff Ferguson
Ahh Jon Williams, I wondered when you would make an appearance, being the only person who continually makes comments that this project is actually needed.

Stating that New Care will get it in the end, seems very confident, do you have inside knowledge, because no one else wants it. Or as Bill Bennet asked in April, " do you work for this company" or perhaps within the McGoff and Byrne group.

I expect we do need care homes, but these should be in a suitable location and not where this is proposed, in a residential area with already insufficient infrastructure
Should this ever get planning approval, there will be severe parking and access problems for around two years during construction and this would continue once the place is opened due poor parking allowance.

I should declare an interest here, I do live in the area, so I do know about the local problems.

Steven Kingsby
It's a certain bet the said Jon Williams doesn't live in this area.

I wish dozens of visitors would park outside his house, causing congestion and noise, and have a monstrous building spoil his outlook.
Again, not, in my back garden eh! Jon.

What a Christian attitude you have to want to inflict distress on the real local people.

Bill Bennett
In response to the New Care spokesperson, Jon Williams, who has suggested there is a need for care homes in this area. After a few minutes on Google, I would contest that statement. Every Care Home in this area has vacancies and when you travel slightly further afield, 5/10 miles for example, the situation is the same for every home I looked up. Furthermore, Jones Homes are building a 110 bed development for assisted care less than one mile from this proposed monstrosity. The buildings are going up slowly, which would suggest to me, there is no great demand for these homes. Also, a care home in Handforth, closed in the recent past and is being converted to flats, if there was a need for care homes, why did this home not remain open, to take advantage of the apparent need. Any sensible person would conclude, there is no need for this home to be built.

One very important objection was made from our overburdened Health Centres in Handforth, who also objected, saying they do not have the capacity, facilities or staff numbers, to deal with another Care Home in the area. Our Councillors and representatives on the planning committee made the correct decision, when they refused this over development.

What I would ask, is why this company is permitted to waste Rate payers money and our precious Council Funds by these continual applications, which have been refused at every turn. I am sure our Council Tax could be spent on many more deserving projects.