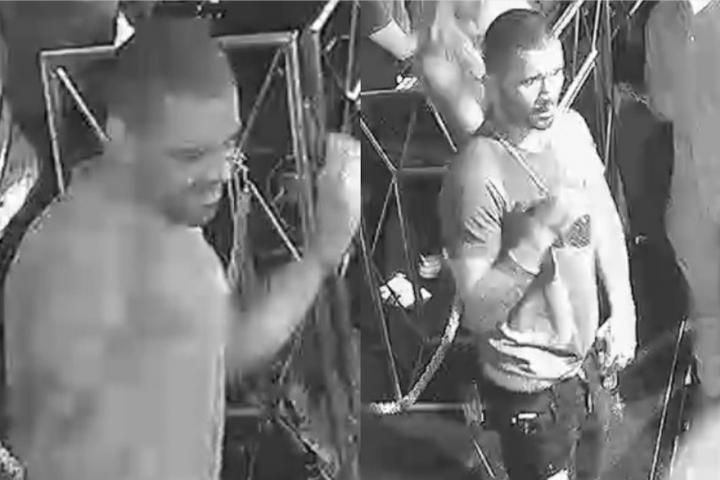 Detectives have issued a CCTV image following a serious assault at a bar in Wilmslow.

At around 2am on Saturday 4th December a 52-year-old man was seriously assaulted at The Symposium on Grove Street by two unknown males.

He was taken to hospital with serious but non-life-threatening injuries.

The man has since been released from hospital.

Officers have now issued a CCTV image of two men they would like to speak to in relation with the investigation.

Detective Constable Tom Towe said: "The outcome of this incident could have been a lot worse and a number of enquiries are ongoing.

"As part of these enquiries, we have identified two men that we would like to speak to in connection with the incident and would urge these men to come forward.

"I would also like to appeal to anyone who may have witnessed the incident or has any information on the men depicted in the image.

"The same goes for anyone who may have CCTV or dashcam footage on the Grove Street area around the time of the incident but has not yet passed this onto police.

"Any information, no matter how big or small, will help us to piece together what happened and would be greatly appreciated."

Anyone with information is asked to contact Cheshire Police on 101 quoting IML 1147781 or report it via https://www.cheshire.police.uk/ro/report