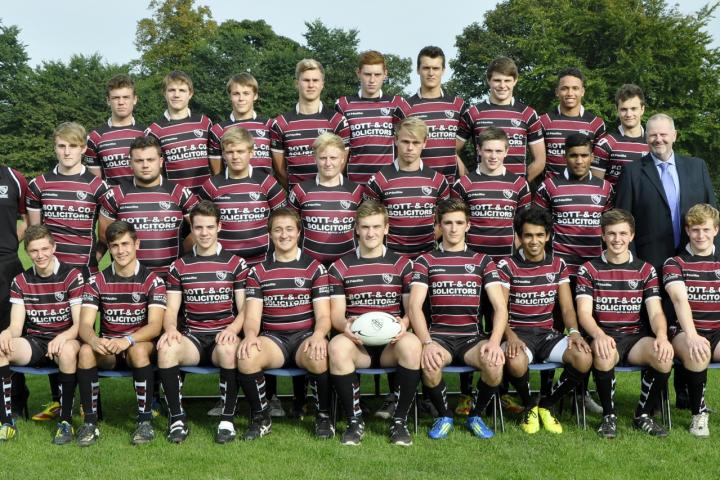 Wilmslow High fell to defeat against a competent Wirral side, as severe weather hampered play significantly for both teams.

Playing in driving rain and winds comfortably in excess of 60mph was never going to be easy. In an open match, Wilmslow failed to capitalise on good chances in the first half, whereas Wirral, although fortuitous at times, merited their victory.

Wilmslow began on the front foot despite the conditions, and some clever attacking play from Will Maslen and Aiden Westaway led to an opportunity to score. Wirral defended in organised fashion, and set about regaining some control of the game. Both teams attempted low kicks to advance forward, but this particular tactic was considerably limited by the howling wind.

Wirral managed to break away down the wing, and it was only a last ditch tackle from Harrison Peck that prevented a try. Following this, Wilmslow summoned upon very strong defence to negate Wirral's attacking qualities.

A high frequency of turnovers contributed further to the to-and-fro nature of the game. The battle between each team's forwards was relatively even, but the game really sprung into life on the 20 minute mark. Wirral's backs won a scrum 10 metres from the try line giving them a real chance. They retained possession from the scrum, and asserted themselves well, camped in the Wilmslow half. Wilmslow could not hold out forever though, and a penalty put Wirral ahead for a three point lead.

Wilmslow bounced back with real force, using the ball well and outmuscling Wirral in the lineout. A sweeping counter attack from Elliot Rowe was quashed, but Wilmslow were certainly causing problems for Wirral's defence. Sam Lawton and Sam Haley kept the tempo up, with dynamic runs that split the lines of Wirral resistance.

The game was turned on its head in the last play of the first half. Wirral attacked and scored a try in which it seemed that a forward pass was played in the build up. Controversial to say the least, the referee adjudged that the original pass was legitimate, but the wind had carried it forwards – the try stood. Kicking from a tricky angle, and with the weather to contend with, the conversion was missed. Nonetheless, Wirral led at half time 8-0.

The visitors began the second half as they had ended the first, piling forward and territorially dominant. A long period of pressure finished with Wirral's second try, and an accurate kick placed them in a 15 point lead.

Up at the other end of the pitch, Haley continued his barrage of the Wirral back line, and this was rewarded with a deserved try for Tom Morgan after neat interplay between Seb Pemberton and Maslen. With the conversion scored and the score at 15-7, a resurgent Wilmslow battered Wirral, but couldn't find a way through.

With the clock running down, time was against Wilmslow, and Wirral played out the match to hold onto their advantage. On another day, in better conditions, perhaps the result would have been different, but a courageous Wilmslow side were left to rue their missed chances in the first half. Wirral played to their strengths, and this earned them a place in the semi finals.