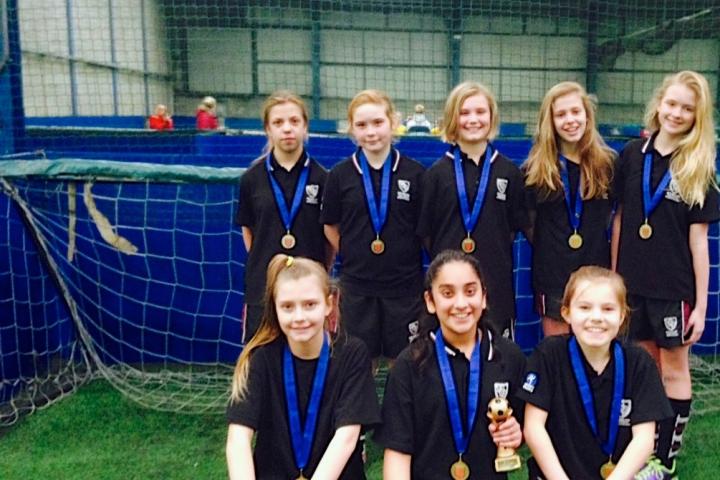 Earlier in the season, the girls won the Cheshire round of the competition, held at the University of Chester Academy in Northwich, to qualify for the North West round at the Trafford Soccer Dome.

Competing against strong teams from across the North West, all of whom had won their respective county competitions, the Wilmslow girls went through the tournament unbeaten, scoring 13 goals in 4 games and conceding just 2. The team beat Middleton Technology School, Greater Manchester Roundhay High School, West Yorkshire, St Wilfred's High School, Lancashire, and All Saints from Merseyside on their way to the title and will now travel to Derby on March 1st to represent the North West region in the National Finals.

The captain for this competition has been Mehek Ali Shah who was also one of the goal scorers in the North West Round. A special mention should also go to Rebecca Webb who scored 12 goals in the competition, including 7 in one game.