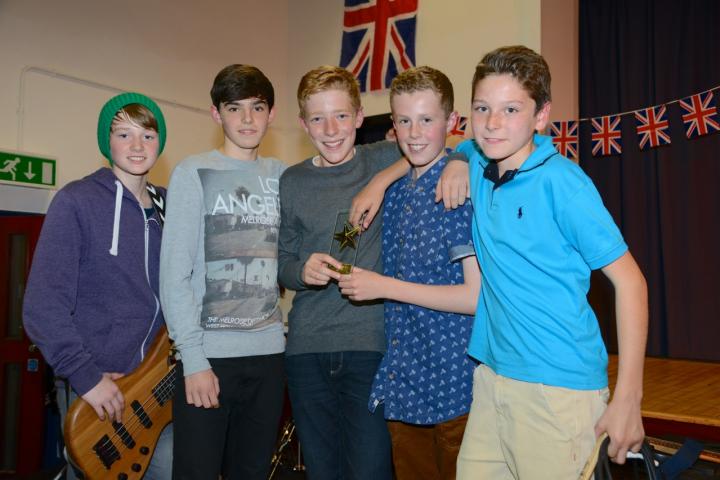 The grand final of 'Wilmslow's Got Talent' was held at Wilmslow High School last week.

Over 40 fantastic acts had auditioned for the competition and they were whittled down to 10 finalists who had to perform for a 300 strong audience on Thursday, 3rd October.

Judges Mrs Brander, Mr Williams and Mr Munro were extremely impressed with the standard of all acts and had the difficult decision to make. They decided that the runner up should be Year 7 student Ella Tew who played the piano and sang a song she wrote herself with the overall winner being 'Fast Exit', who performed a brilliant cover of 'She said' by Plan B.

Ms Howell who hosted the evening said, "It was a fantastic evening and has really highlighted the fantastically high standard of talented young people we have at the High School."

Heidi Sumner
These chaps are fantastic. Saw them at the High School Awards evening.....excellent, they deserved to win. Well done them and Wilmslow High School for celebrating pupils talents at every opportunity.

Carole Burton
have seen these guys play at all the PYPS drama shows we have been to and they have always been great - now I can see why!!!!! Fantastically well done you. Hope my son goes to Boys Voices at the High school on Friday as he has a great voice but hasn't had a real outlet yet. Going to show him this article.