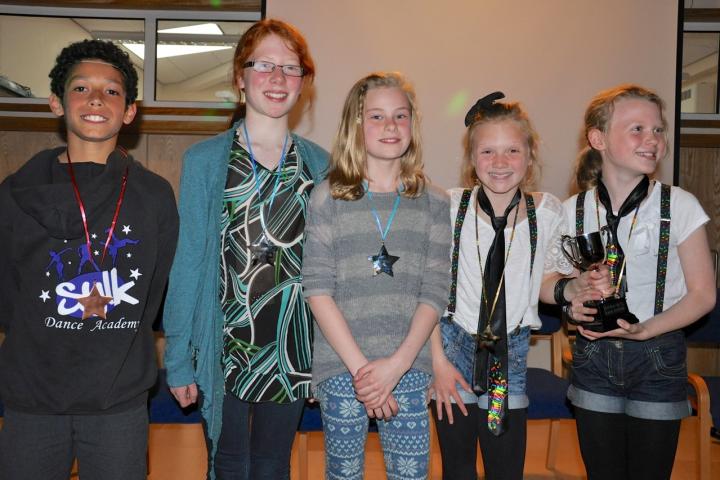 More than 50 children from Reception to Year 6 keenly contested Lindow Primary School's very own version of Britain's Got Talent.

Following heats, judged by teachers and children, twelve finalists, plus three guest acts, performed in front of a live audience of parents, grandparents, governors and the whole school plus, of course, a panel of judges.

First up was Ellie (Year 4) with a heart-rending version of the Titanic theme, "My Heart Will Go On", several judges were moved to tears! This was followed by a football skills demonstration by Year 1 boys, several dance troupes, "Whistling Harry" from Reception dressed as Darth Vader and performing the Stars Wars theme in best Roger Whittaker style, Leo the conjuror 'fooling' the audience; and two singer / musicians amazing us with their talent and dexterity.

Three teachers also made a guest appearance, unfortunately Mrs Hoodless (juggler) and Mrs Holmes (rhythmic gymnast) both incurred the displeasure of the judges and were "buzzed off"; only Miss Stirling and her dance to the Pointer Sisters "Jump" managed to complete her routine, with a little help from Zara!

After a long debate, the decision of the judges was: 1st Dancers Charlotte and Jolie with a beautifully choreographed routine to the Little Mix's "Wings", joint 2nd singer musicians Clara (Elton John) on piano and Lucie (Ed Sheeran) on ukelele and in 4th place Oscar (street dancer).