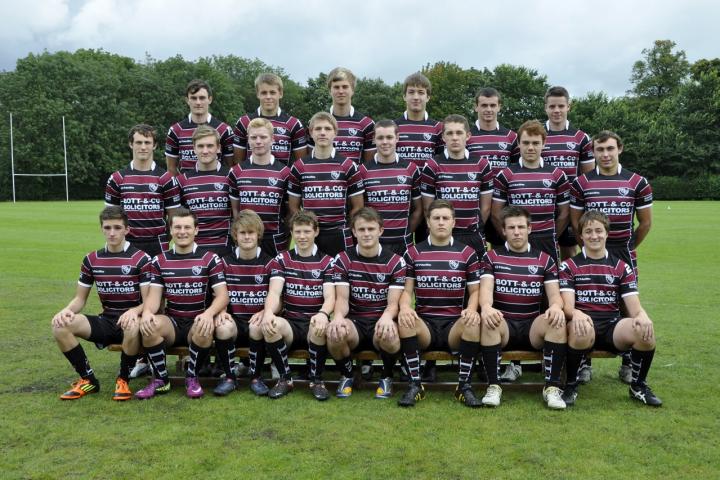 The match itself was not much of a spectacle, with little to excite the neutral. Played in testing conditions on a heavy pitch, try scoring opportunities were few and far between.

Both teams were fairly evenly matched and with defences on top, the two sides effectively cancelled each other out in the first half. Trailing 6 – 3 at half time, Wilmslow, lifted by a stirring half time team talk from coach Matt Bebbington, an outstanding captain’s performance from Simon Green and the unerring boot of Wilf Noden, fought back to lead 9 – 6 with just 5 minutes left on the clock.

Under Daily Mail competition rules, a draw would not have been enough for Lancaster as the home side, and with this is mind, they spurned the chance to kick at goal and pressed for the game winning try. Some heroic defending from the Wilmslow side in the final minutes of the game meant that Wilmslow held on for the win and ensured their progress into the last 16 for the third year in succession.

Fortune was not on the side of Wilmslow’s senior footballers in the ESFA national cup competition. A 2 – 1 loss away to Henry Fanshaw School in Dronfield saw them go out of the competition and miss out on a place in the last 16. Despite taking a one nil lead through Sam Rathbone, a lack of quality in the final third and a failure to take chances, meant that Wilmslow would always be susceptible to a second half fight back from a spirited Dronfield side.

And so it was, that the home side equalised after sixty minutes and followed it up with what proved to be the winner five minutes from time. A disappointing way to go out of the competition, but Wilmslow will now turn their attentions to round three of the Cheshire Cup in January.