Plans for mast at Davenport Green refused for second time 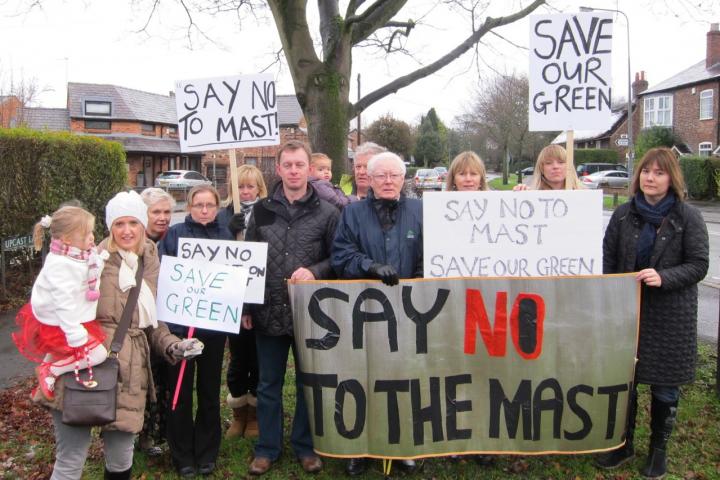 Plans to install a telephone mast at Davenport Green, have been refused by Cheshire East Council (CEC) for the second time this year.

The first application for a mobile mast off the verge on Knutsford Road, opposite Church Road, to be shared by Vodafone and Telefonica (O2) was refused by CEC in January.

Another planning application was then submitted in June by Mono Consultants, on behalf of Vodafone, with an amended design which reduced the overall height of the structure from 15 metres to 12.5 metres.

Cheshire East Council refused the application on the grounds that the proposed telecommunications equipment, by reason of its size, siting and design would be visually obtrusive, add to the existing proliferation of street furniture in the immediate vicinity of the site, which would detract from the character and appearance of the area and the amenity of nearby residential properties.

Additionally, it was considered that potential alternative sites exist in the area where the equipment could be located without the same degree of visual harm. The approval of the development would therefore be contrary to national and local policies, notably Macclesfield Borough Local Plan policies DC60 and DC61, thereby causing harm to the objectives of those policies.

Danielle Thompson, of Upcast Lane, lives opposite the site and was very upset about the proposal.

She told wilmslow.co.uk "We are all absolutely delighted that Cheshire East have again supported the local residents of Davenport Green and Upcast Lane in their decision to refuse the proposed phone mast. It just shows that if we all work together we can protect our heritage."