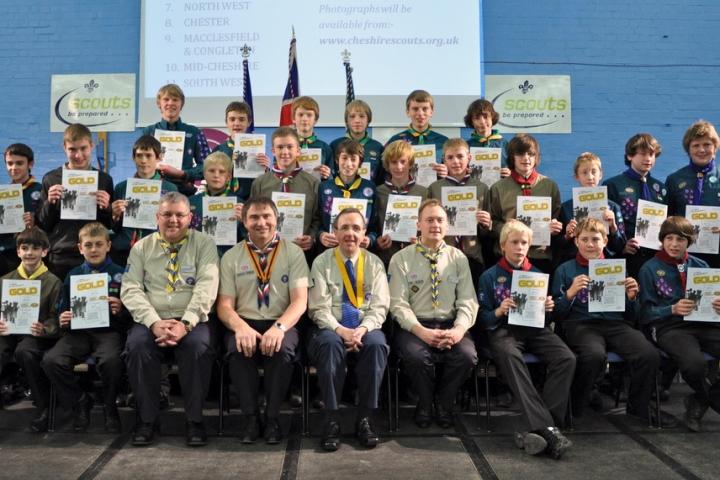 A group of Scouts from Alderley distict have achieved the highest award open to them, and had the honour of receiving it from the UK Scouting's Chief Commissioner.

The County was delighted to be able to host Wayne Bulpitt for the presentation of Chief Scout's Gold Awards at Brine Leas High School in Nantwich.

More than 200 Scouts from across the county, including those from Alderley district, which includes Handforth, Wilmslow, Alderley Edge, Lindow, Chelford, Goostrey and Holmes Chapel, received their awards on the day.

"Reaching the Gold Award standard represents several years of hard work and enjoyable activity for these young people and it's quite an honour for them to have the award presented by the UK Chief Commissioner," said County Commissioner Graham Phillips.

The Chief Scout's Gold Award is the highest available to young people in the Scout age group before they step up to Explorer level at 14. To achieve it they must complete six mandatory challenges including community work, creativity and outdoor skills, plus two testing their sense of adventure and expedition planning.