Classic Aston Martin worth over £1million stolen in town centre 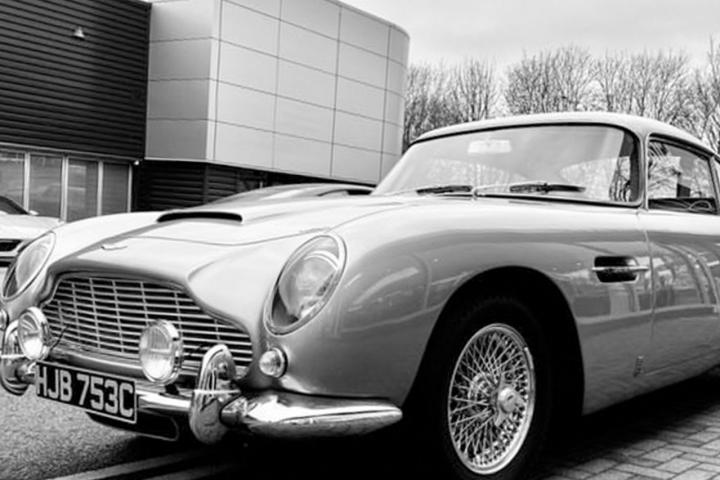 An iconic 1965 Aston Martin DB5 Vantage saloon has gone missing following a theft in broad daylight on the 18th July in Wilmslow.

The silver sports car, made famous by James Bond actor Sean Connery in the 1964 Bond film Goldfinger and then later by Daniel Craig in Casino Royale, is similar to the vehicles driven by the film stars.

Built at Aston Martin's Newport Pagnell factory and registered in 1965, the vehicle is a British icon. Valued at over one million pounds, the anti-fraud and theft specialist AX has launched an appeal for the safe return of the vehicle to its rightful owner.

One of only 123 on the road worldwide, the public are being encouraged to report any sightings of the vehicle, which went missing when parked on Hawthorn Lane in the Wilmslow on the 18th July this year. Anyone with information which leads to the safe recovery of the vehicle could receive a reward of £1,000.

As well as its rarity and familiar appearance, the DB5 has a unique front fog light which is tinted yellow and 'vantage' badges on its side panels.

Director of Investigative Services at AX, Neil Thomas, said: "This is a highly unusual theft in broad daylight and one we felt is of national significance. Old and young people alike have an affiliation with this classic motor which will forever be synonymous with James Bond.

"This vehicle certainly stands out and we are keen to preserve a little piece of British history and hope for its safe return. The DB5's official chassis number, DB5/2058/R, is specific to the vehicle and we want to hear from anyone who has knowledge of its location. That is why we launched this appeal to help find this iconic car. You may even know the person who took the vehicle – we ask that you do the right thing and get in touch."

Members of the public who have any information about the suspected theft can click here. That could include CCTV or dashcam footage, photographs of the vehicle, or even a simple sighting of the DB5. A £1000 reward is being offered for verified information leading to its safe return.