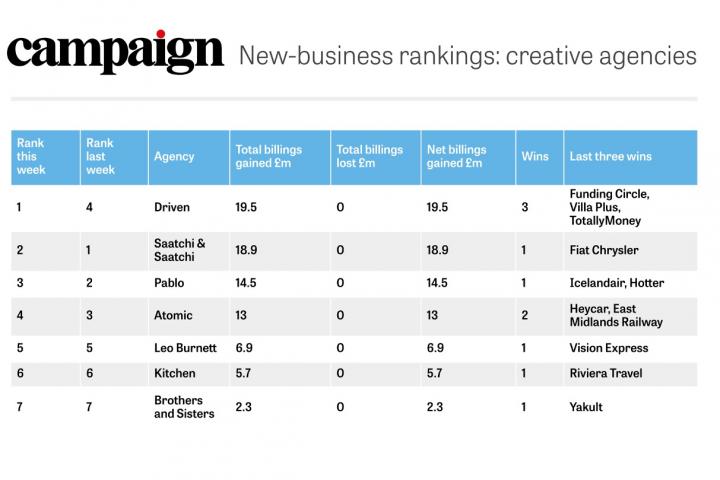 driven, the Wilmslow based Creative agency is leading the country with new business wins in 2020.

In a new league table published by leading advertising magazine Campaign, the agency is listed as the UK's Number 1 ranked creative agency for new business. It places driven above Saatchi and Saatchi and other big names in advertising.

The independent agency has recently welcomed new national advertising accounts for TotallyMoney, Villa Plus and Funding Circle. Flying the flag for Manchester and the North, driven is the only business from outside London to feature in the list.

"It's great to be recognised for what we're doing and even better to be in top spot. We always put our clients first and stay true to our principle of Creating Ideas that Sell, with a restless ambition", said Graham Drury, Partner at driven.

driven was launched in 2008 by Nick Brookes, Neil Griffiths, Chris Lear and Graham Drury, former directors of TBWA Manchester. After being named "Start up agency of the year" driven has gone on to work with a host of national and international clients.