Plans to replace garages with houses given the go ahead 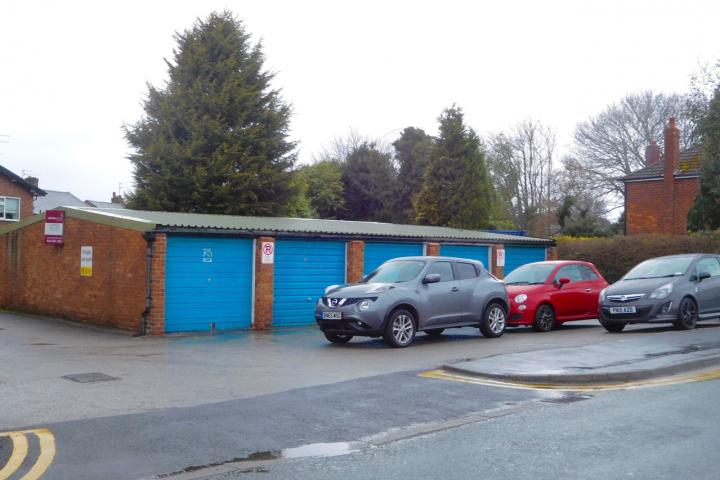 Plans to demolish a garage block off Buckingham Road and replace it with two houses have been approved.

The garages were previously used by the residents of the properties located over the adjacent retail units. However, the residential portion of the adjacent buildings have been sold to private owners and the garages are currently unused. Instead the site is currently used for informal parking by approximately 20 cars.

The approved scheme is for two four-bedroom dwellings with split levels of 2-storeys at the front and 3-storeys to the rear. The accommodation is spread across three floors with the top-floor master bedroom being within the roof space.

Two off-street parking spaces are located at the front of the properties with private gardens to the rear.

An application was submitted for three 3-storey dwellings on this site in July 2015 which was refused. This decision was upheld at appeal with the main issue raised being the height of the proposal which was out of character with the area.

A new scheme was subsequently designed and submitted in January 2017 for three 2.5-storey dwellings which was granted planning permission.

This latest approved application retains the height of the previously approved scheme but with a reduction to two dwellings.

James Hanson
I'm Confused - which is not unusual in these cases

The objection was the hight last time - but this time it's OK?

And the 20 cars that park there now, are going to park where exactly - is there a new car park planned?

I'm guessing they are not affordable houses given they are four bedroom - so the current average price for a 4 bed in Wilmslow according to Rightmove at the moment is £330k to £1.4 million and the ones built at the end of South Oak Lane recently were priced at over £800K.

What can we learn from all this - planning is still rather hit and miss in East Cheshire
& Parking is still broken.

John Harries
Aghh, and here's me thinking that CEC planning had turned a corner with the new balance of local councillors.
I completely agree with James Hanson, it's confusing seeing as the previous regime actually turned down a 3 floor submission but somehow a 2 1/2 floor 4 bedroom 'staggered' design of the same height is now OK simply because the footprint has been reduced to two properties rather than three!!
I don't live in the south Wilmslow area but Buckingham Road is a nightmare for locals and a fine example of the overbuilding and absent nit wit forward 'planning' that has been going on for the past 20 plus years. It may be a misprint but just two parking spaces cannot be right and even if it were two spaces/property I'm sure with the current building regulations the eventual occupants would have to find additional on street parking for their 'real' vehicle quotas and the erstwhile 20 displaced vehicles would then actually work out closer to 21 1/2 looking for free spots somewhere else Monday-Friday.....if 2 1/2 floors is sensible so is 21 1/2 cars.

Chris Neill
Its a bit late in the day now as this opportunity is lost, but wouldn't it have been brilliant for our guardian council to have seized this lifetime opportunity to have developed a much needed car park for about 50 cars. The local businesses are crying out for it , the residents are screaming out for it, and the whole community would benefit from this for a lifetime. Instead,... no, two houses overlooking the Plumbers.
Can't blame the developer, he will trouser half a mill., or whatever and move on, but where is the sense of vision and commitment to the realistic needs of the residents in this ongoing battle with traffic and parking. It really defies logic and common sense.

Paul Maddock
"guardian council" - "sense of vision and commitment" - hahahahaha - laughter with a hint of Irony.
Self serving CEC - you can change the bums on seats, but it dosnt take long before they all start to sing to the same old, same old tune......