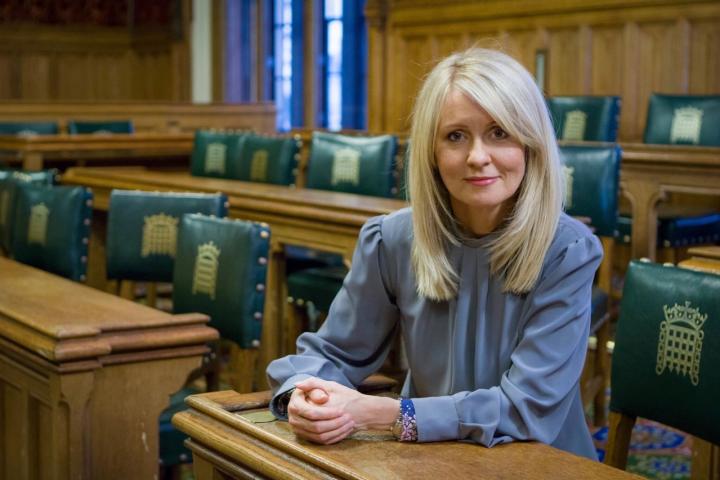 Esther McVey has been re-elected as the MP for Tatton with 57.75% of the vote and an increased majority.

The turnout was 71.21% in what is historically a Tory stronghold.

Tatton MP Esther McVey said: "I am delighted the people of Tatton put their faith in me once again to represent them, which I hope they know I will do to the very best of my abilities.

"Having ensured Cheshire schools and policing got extra funding, I want to ensure the extra money works for Tatton. I campaigned successfully for a full review of HS2 and will continue to work with locally affected residents. Good local transport is vital and that is why I will be pushing for a better transport services, local bus services are crucial as a reduction in buses disproportionately affects the most vulnerable. We also need more reliable local trains with the promised second train an hour from Northwich to Manchester and we need to improve our local roads – ensuring we get our fair share of the money allocated nationally to repair potholes.

Ms McVey added "Many people did not want a General Election and it was a difficult campaign for everyone working really hard in winter months but Parliament was in deadlock, we were not moving forward and speaking to people across the constituency they knew we had to get past this impasse, so we could unlock Britain's potential and deliver on crucial domestic policies which matter to everyone and their families.

"We need to deliver on the biggest ever democratic vote of our time but we have to remember while 52 per cent of people voted for Brexit, 48 per cent did not and we have to ensure the deal is best for the UK.

"I have been in the Cabinet as a Secretary of State before, and I always come back home here. I live here with my family. I understand my foundations are Tatton, I'm housing minister now and attend Cabinet now, but I'm always back here for my surgeries to meet with people, to hear what's going on, on the ground, and work with people, and first and foresmost I am the MP for Tatton and I will never take it for granted.

"My team has been fantastic, organising, helping, knocking on doors, stuffing envelopes.

"But more than anything once you've got a really happy, vibrant team and people wanting to join your team you know you're doing the right thing.

"They are all amazing, it's a real spread of people and they've just done so much."

Chris Neill
I voted for Boris and the Conservatives to win and give the UK some well needed stability, not for Esther McVey directly, just the party. She has said a humble thanks to those who have confidence in her, but I don't have much. There is little evidence of her influence, presence or involvement in local every day Wilmslow issues blighting the town which she represents and holds her office. I guess grass roots is a bit too unimportant against the backdrop of Westminster.

John Clegg
Here's an interesting piece on how our MP's are viewed by their constituents, and ranked accordingly.
Esther McVey is 107th out of 650: not too shabby, then.

Simon Worthington
I'm still waiting for a reply from the local Labour party to the list of questions I asked about DR. James Weinberg including the one about just how he proposed to revolutionise the economy to save the planet.

Ian Tasker
Interesting the idea of an MP "representing" his / her constituents. Ms McVey appears to be at the polar opposite extreme to the majority of the Tatton constituents, who voted to Remain, whilst she supported the notion of a No Deal exit. I trust that she will reconsider this position if the trade negotiations with the EU next year do not go as smoothly as the new government is predicting.

Simon Worthington
Not quite sure what a "polar opposite extreme" is but I suspect any majority not supporting Ms. McVey's view is a small majority and a fair number of those may well spend quite a lot of their time in some 3rd rate educational establishment having their heads filled with lefty notions which, when they start earning, rather than living off the taxpayer they will dismiss.
We also have, to my utter amazement, 10,000 or so who voted for the good doctor (of what is still a mystery).