Hockey: Wilmslow come from behind to draw with Urmston 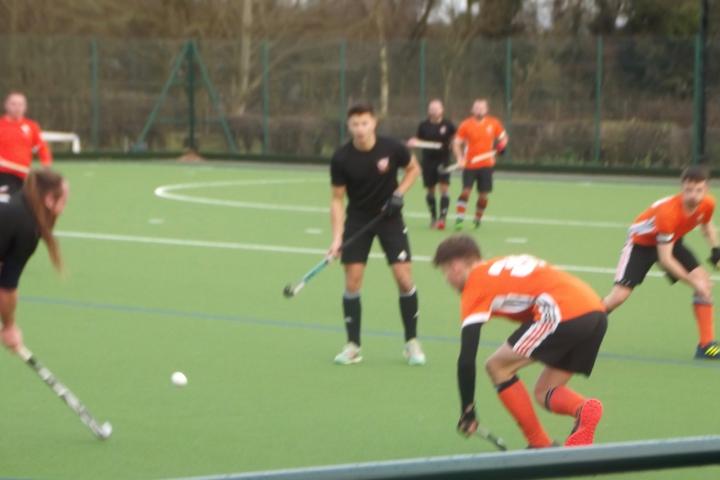 The men in orange finished the first half of the season in the promotion places in North Division One but will need to rediscover their best form after Christmas to stay clear of Newcastle and Sheffield in 3rd and 4th.

Wilmslow started this game flatly and Urmston took the lead with a tap in from a short corner mid way through the first half. Simon Pickering kept Wilmslow in the game with two stunning stick saves as Urmston applied the pressure. Wilmslow couldn't get their passing game going and went in behind at half time.

Although Wilmslow started the second half in a much more positive fashion, Urmston extended their lead with another improvised short corner 4 minutes into the second half. They moved the ball well around the Wilmslow runners and slotted the ball low past Pickering.

This sparked Wilmslow into life and man of the match Mike Sambell began to pull the strings with some excellent distribution from the back. This better service helped forwards Pete Hallinan and Cam Armstrong to impose themselves on the Urmston defence, and when Armstrong was taken out in the D, Hallinan stepped up to score a penalty stroke and halve the deficit.

Wilmslow were now well on top and Hallinan poached the equaliser from a short corner as the ball squirmed loose after Martin Wright's initial shot was saved.

Wilmslow had more short corner chances to win it but couldn't convert and had to settle for a point.

Mens 2nds won 4-3 away to Didsbury Northern 3s and have now climbed into the top half of the table.

Mens 3rd also had a good result beating Bangor City 1st 3-0 at home to continue their run of good form.

Wilmslow Ladies are now stringing some wins together and their visit to the north east was rewarded with three more points. The students pressed throughout the game but Wilmslow's defence held firm. Lindsay Rachubka scored both goals for the visitors from breakaway attacks. The tangerines have now eased into fifth place

Ladies 2nd and 3rd both had good wins against their opposite number against Neston winning 2-1 and 3-1 respectively.

Ladies 4th winning run came to an end when they were held to a 3-3 draw away against Wrexham 2nd and Ladies 5th drew 2-2 at home to Golborne 3rd.

On Sunday Wilmslow Ladies Vets held National League Bowdon Vets to a 3-3 draw, the tie being decided in Bowdon's favour through penalty flicks.