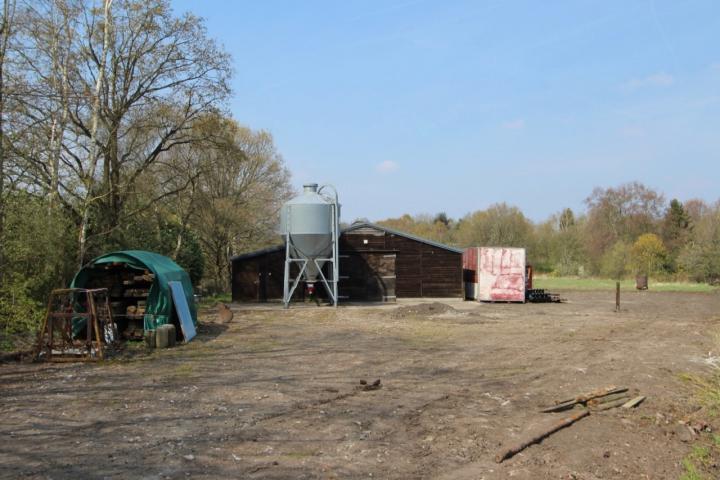 Plans to demolish a former commercial building at Moor Lane and construct two new dwellings are scheduled to be determined by the Northern Planning Committee next week.

The application for two detached 4 bedroom houses with six parking spaces at Yew Tree Farm was deferred from the Northern Planning Committee on 6th November 2019 "for further consideration regarding the impact of the proposed height of the buildings on the openness of the green belt".

The site lies within the North Cheshire Green Belt and contains a building which had previously been used in association with the abattoir. This building had planning permission granted in 2018 for conversion to stables (reference 17/5697M).

Wilmslow Town Council recommend refusal on grounds of being inappropriate development in the Greenbelt with no special circumstances.

Nine further letters of representation have been received from local residents, the Wilmslow Civic Trust, the Residents of Wilmslow Group and the local MP objecting to the revised plans on the following grounds: houses too large; area makes a significant contribution to Green Belt; loss of privacy to houses on Arlington Crescent; insufficient car parking and loss of Green Belt.

As in there previous report, the planning officer is recommending the application for approval by the Northern Planning Committee at their meeting on Wednesday, 4th December having concluded that "the proposed development is not considered to have a greater impact on the openness of the Green Belt than the existing development. The proposal is therefore not considered to be inappropriate development in the Green Belt."

The plans can be viewed on the Cheshire East Council website by searching for planning reference 19/2035M.

Roger Bagguley
The barn in the picture is 4.09m high. Both houses are now 7.2m high reduced by 400mm and 200mm respectively. For those who pass along Moor Lane and view the new Elan homes under construction what is proposed here are two further houses, on large footprints that extend the site at roughly the same overall height, sticking out into the field behind. I leave it with those who follow this blog to decide whether openness of the countryside (green belt) is compromised?

At the meeting of the Northern Planning Committee on 6th November, in deferring to have the height reduced, members seemed to be warmed to a reduction akin to the height of the barn, bungalows were talked about with some enthusiasm. After all, with 82% of houses approved in the last 18 months at the Lindow end of town being 4 and 5 bedroom, it seems more appropriate to replace this barn in the green belt with smaller houses that are called for in the Cheshire East Housing Audit. Despite this, some members of the Northern Planning Committee approved, deferment being decided on the casting vote of the Chair (Independent councillor). I do hope this time round all members will accept this tiny reduction amounts to "Taking the Mickey" and deals with it accordingly.

Dean Fitzpatrick
They’ll make a killing on that site.

Roger Bagguley
Dead right Dean. But RoW will fight any further attempts to increase the killing already in the bank at the expence of loss of even more green belt.