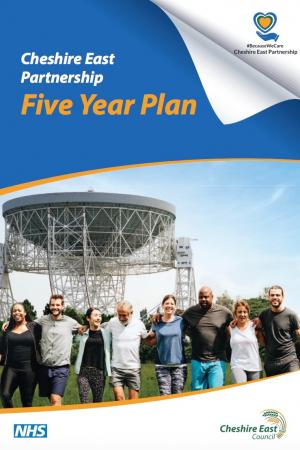 Health and care partners from across Cheshire East have joined forces to write a Five-Year Plan to improve health and wellbeing.

The aim of the plan by the Cheshire East Partnership is to help people live longer and healthier lives.

The plan is intended to tackle health inequalities, prevent ill health, join up services around people's needs, and enable health and care organisations to work together more effectively.

Stephen Michael, independent chair of Cheshire East Partnership Board, said: "We want people to live well for longer, to live independently and to enjoy the place where they live. We want to keep people well and healthy rather than just try to fix things when they go wrong.

"It's not just about what we can do as public bodies, it is also what we can support people, families and communities to do for themselves and with us. This is something we need to talk about – and that's why I'm asking people to get involved by taking the survey and attending our engagement events."

The partnership wants residents to have their say on the Five-Year Plan by taking a brief survey which closes at midnight on Friday 23 August.

People can also get involved by attending a public meeting at the Masonic Hall, Riseley Street, Macclesfield SK10 1BW on Tuesday 20 August, 10am- 12pm.

Healthwatch Cheshire East will analyse the survey and report back to the partners who will reflect the findings, and those of the engagement events, in a revised plan for the Cheshire and Merseyside Health and Care Partnership's consideration.

The partnership would then have until November to make any further changes for approval. Delivery of the plan would start next April.