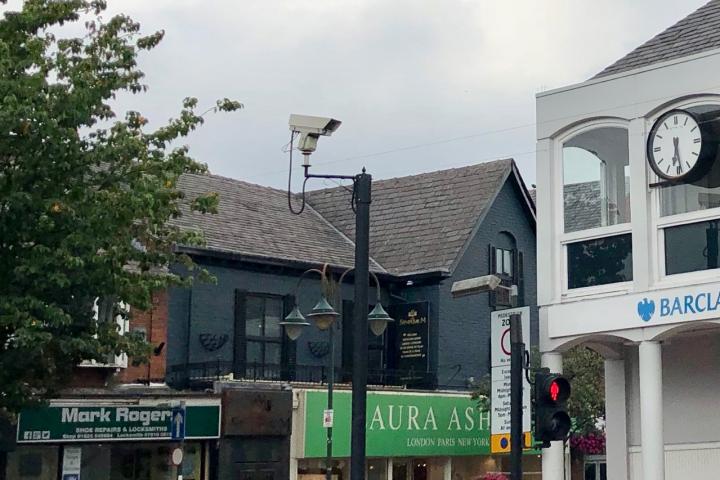 A late night music venue and bar in Wilmslow town centre is currently having their premises licence reviewed.

The police have requested that the licence for Symposium, which opened on Grove Street in October 2016, is reviewed stating "The grounds for the review are that the premises have facilitated the employment of illegal immigrants who are either in the country illegally or working without a valid visa.

"There has been a significant number of violent crimes and disorder as well as reports of drug dealing within the premises.

"The current premises licensing conditions are for a Greek restaurant and do not reflect the current business model being operated at the premises namely a late night bar/night club.

"The nature and style of the operation of the premises is undermining the licensing objectives particularly:

• Prevention of crime and disorder

The Symposium, which is located in the premises previously occupied by The Stolen Lamb, opened as a  partnership between the actor and singer Ashley Taylor Dawson, who is best known for his role as Darren Osborne in Hollyoaks, and chef George Yiannis formerly of The Stolen Lamb.

Ashley Taylor Dawson told wilmslow.co.uk "We have been advised by the licensing division that our operation has more elements of a late night club as opposed to our current restaurant and bar licence. So we are applying to convert the licence into a club premises licence.

"We are working closely with the police and licensing division of Cheshire East to improve public safety and prevent crime and disorder. The bar has become very busy and popular so they are helping us develop accordingly."

Following the 28 day consultation period Cheshire East Council is required to hold a hearing within 20 working days. The date of the hearing is not yet set.

However, if all parties agree a hearing is not necessary then the Council is not obligated to hold one. This can sometimes happen where parties mediate an agreement (though any changes to the licence would need to be done by way of a variation).

The spokesperson added "At the hearing the Licensing Act Sub-Committee would have a number of options available to them, these include: to modify the conditions of the licence; to exclude a licensable activity from the scope of the licence; to remove the designated premises supervisor; to suspend the licence for a period not exceeding three months; to revoke the licence.

"In their application, the police have confirmed that they do not seek revocation of the licence (though this would not prevent the sub-committee taking that action if they thought it appropriate), they are seeking to have the conditions of the licence changed to reflect the business's current operating model and to reduce the hours from 3am to 1am."

Matthew Jackson, Clerk for Wilmslow Town Council said "The Town Council Planning Committee noted that the licence review had been requested by the police and the issues that the local police had highlighted at the venue in recent times. The committee supported the proposal made by the police that the CEC Licencing Committee consider amending the current licencing conditions from a 3am closure to a 1am closure."

David Smith
If what the police say is true - I think this is a good decision.
I frequented The Stolen Lamb and liked the restaurant.
We need more good quality living accommodation in our town centres above the shops, rather like occurs in some continental towns. This is very suitable for those who don't wish to have a motorcar and have very easy access to facilities. The problem is noise and inconvenience in the late evening/night but if correct planning policy with this in mind is adopted over time it should not be an issue. There is the advantage too that residents within the centre of a town are the 'eyes and ears' for the police when something untoward is taking place - a sort of free CCTV.

Oliver Romain
I was shocked to hear about the activities and incidents the police identified at this venue.
I understand that most of the issues were experienced in the early hours between 1am and 3am.
I was pleased to join my fellow councillors on the Wilmslow Town Council planning committee in unanimouysly supporting Cheshire Police's recommendations. The police have a balancing act in managing the expectations of licensees and the public, but safety has to come first.
I hope it is just the case that the club has 'lost its way' and the owners now have an opportunity get their house in order.

Deleted Account False Name
Can't help but laugh at the quote from the owner. Mate... you've always advertised yourself as a late night, live music, cocktail bar. You're even down on Facebook as being a nightclub. Ya got caught out.

Simon Worthington
So there are "reports of drug dealing". Just like every secondary school in the country then, along with every city bar and most country ones. Bit of a scrap - likewise.
What we don't need, Dave, is pokey flats above businesses where the residents then complain about the noise from early morning deliveries, staff opening early, staff leaving late, noise from customers and even the smell from cooking (Greek can whiff a bit) and the ever present bins and their collection (see Cibo's view).
That is why business and residential have long been separate.
This bar has become a replacement for the much missed (by ladies of a certain age) Brasserie where they could have a dance in a bar with live music and not be sneered at by teenagers. Greatly needed.