Appeal for information about motorists suspected of drink/drug driving 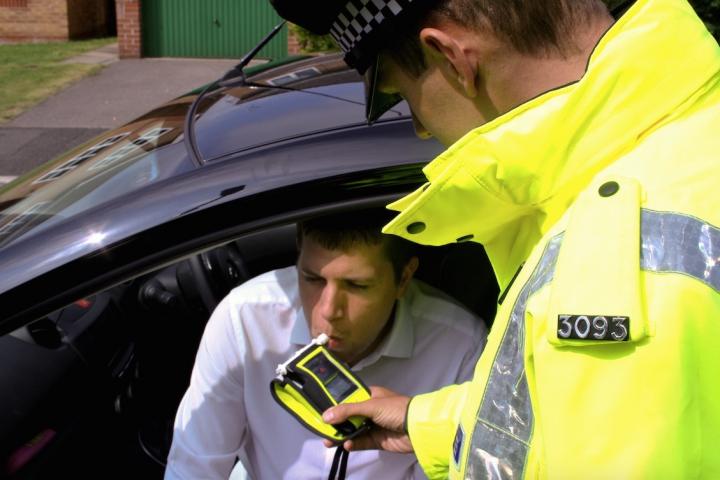 Police are appealing for information about anyone suspected of drink or drug driving in Cheshire.

Officers across the county are continuing to crack down on those who think it is acceptable to get behind the wheel after having an alcoholic drink or taking drugs as part of a national operation.

Members of the public are being urged to support the three-week crackdown by passing on information about anyone they suspect is driving under the influence - especially if they have dashcam footage.

Superintendent Jo Marshall-Bell, who is in charge of roads policing in Cheshire, said: "As we head into the summer months, people may be more inclined to get behind the wheel after a enjoying a few drinks with family and friends.

"Whilst it may be tempting to have a drink and then drive home – it is important to remember that even one alcoholic drink can significantly affect a motorist's ability to react to their surroundings and the consequences can be fatal.

"I am urging anyone who suspects somebody is driving under the influence of drink or drugs to report it to us. We take any road traffic offences seriously and will take positive action on any information we receive."

Police and Crime Commissioner for Cheshire, David Keane, said: "People are well aware that driving under the influence of drugs or alcohol is incredibly dangerous, yet we still see motorists take to Cheshire's roads after taking illegal substances or when they are well over the drink drive limit.

"These selfish, reckless decisions are costing people's lives so I'm pleased that Cheshire Police is taking part in this campaign to raise awareness of the dangers."

Superintendent Jo Marshall-Bell added: "My officers are out and about every day looking for anyone committing one of the fatal 5 offences - drink/drug driving, careless driving, speeding, using a mobile phone while driving and not wearing a seatbelt. This crackdown gives us the perfect opportunity to highlight the dangers of one key element off the Fatal 5 - drink/drug driving - and I am asking the public for their support in our mission to make Cheshire's roads safer.

"We do not go out policing the roads for the sake of it – we are doing it to save lives. People often ask – should you not be spending your time doing something more important and investigating real crimes?. My response to that is simple - people are dying on our roads. Stopping any more deaths from happening as a result of something unnecessary and totally avoidable, has to be one of our top priorities."

If you suspect anyone of driving under the influence of drugs or alcohol report it to us via 101. Alternatively you can submit dashcam footage via their website.

In an emergency always dial 999.

David Smith
So; you are out in your car and the driver in front might be 'under the influence'. You want to pass on this information so they can be 'checked out'. If you are on your own you can't use your phone whilst driving - unless hands free - and from personal experience I might advise that dialling 101 as suggested isn't much use as it takes AGES to get an answer and then they just pass you on to another 'extension' somewhere within Cheshire police which takes another AGE for an answer by which time you've given up the will to co-operate with this request or gone about 20 miles out of your way. I would suggest dialling 999 straight away and get some action.

Do NOT call 999 unless an absolute emergency people.

If seriously concerned, take a note of the registration number and model and report to 101. The officers will be able to trace the vehicle owner and follow-up if deemed necessary.

DO NOT CALL 999 unless an EMERGENCY!

David Smith
In addition Wendy - reporting a driver who is seriously 'under an influence' by your method (not 999) will take enough time for the driver to reach a safe place (home?) where they are not required to be in residence and can refuse to answer the door until such time much later when they have 'recovered' and the police can do nothing as no offence can be proved to have occurred.
Dialling 999 in such an instance could have the driver stopped and removed from the road BEFORE a serious accident can occur - a head-on collision with YOUR vehicle Wendy or one carrying YOUR parents/children/grandchildren/siblings/best chums/lovely friends - and causing serious injury/death.
It really boils down to the judgement of the observer as to the potential risk posed by the offending driver.
So think about your comment.

Rick Andrews
David, please remember that everyone is entitled to comment and have their own opinion. You may be right but It is no reason to belittle others with use of uppercase text (aka shouting) more suited to instruction manuals.

The police instruction is very clear that we should DIAL 101 unless an emergency. No need for any debate.

Oliver Romain
Rick: To be fair, I don't think David is belittleing anyone or shouting - he is passionate about road safety and is simply emphasising.
David is right, if you see a blind drunk driver leaving a pub or elsewhere who is clearly a danger this would be an emergency as they would need taking off the road immediately - this could save someones life, including the driver. I think the press release makes fairly clear and a debate on this issue and others is as always welcome. Trying to close down debate down never work anyway.