Have you say on policing in Cheshire 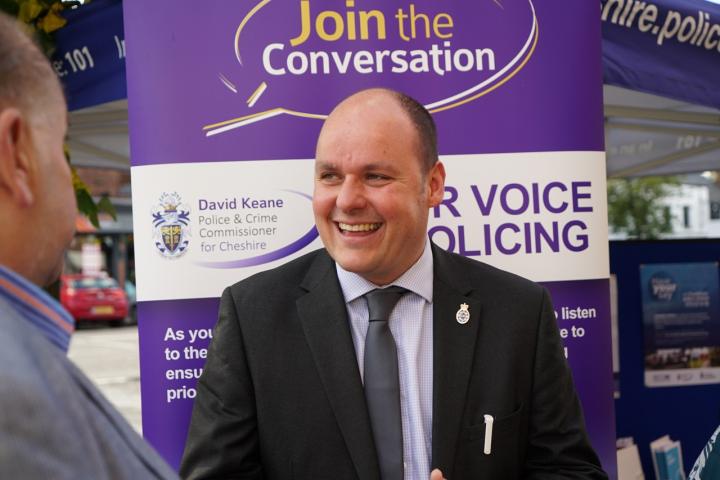 The police and crime commissioner (PCC) for Cheshire is calling on residents to give their views on the current state of policing in the county.

PCC David Keane is today (Monday 17th June) launching a public survey to obtain the views of Cheshire residents to find out their priorities for policing and community safety.

As well as asking residents what their one priority for policing in Cheshire would be, he also wants to know if they've ever been a victim of crime, if they feel safe in their area and which crime or anti-social behaviour their local area has the biggest issue with.

David said: "A lot has changed within policing in Cheshire since I first launched my Police and Crime Plan in 2016. The nature of crime and how police tackle it has become more complex with more crimes moving online and violent crime becoming more prevalent.

"I want to get a clear view from Cheshire residents about their priorities for policing and how safe they feel. This will enable me to ensure the chief constable is delivering a service which is relevant to the communities it serves."

The survey will also ask questions on how often residents see uniformed police officers in their communities. This will allow the commissioner to assess the success of his community base model a year after it was implemented to increase officers' visibility in individual communities.

David added "We now have 122 individual police communities in Cheshire, each with their own PCSO and community base where residents can attend regular surgeries or have confidential discussions with their local officers.

"I want residents to tell me if they've noticed an increased police presence in their area and if this initiative is making them feel safer."

The survey can also be completed online and copies can also be posted to residents upon request.

They survey is open until Monday 1st October 2019.

Wendy Falk
The survey doesn't allow anyone the opportunity to comment on multiple issues of concern, just ONE! Bit of a waste of time me thinks.