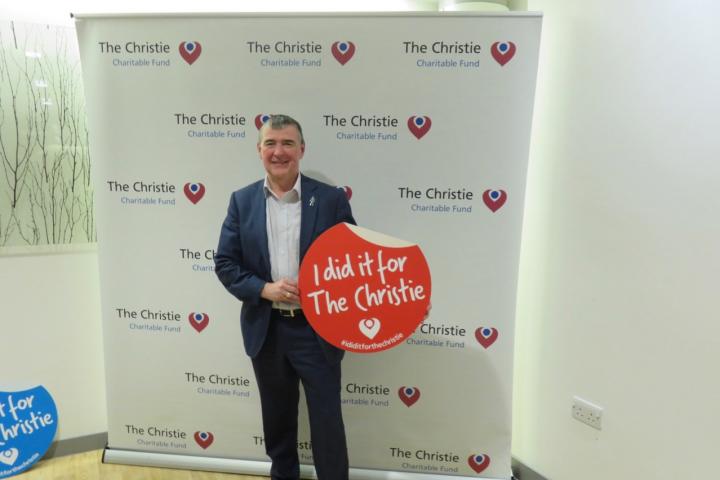 A prolific fundraiser has been recognised in the Queen's birthday honours this year for services to charity, fundraising and the community.

Tony Collier is a long time supporter and fundraiser for The Childrens Adventure Farm having raised thousands by running marathons and ultra marathons around the world.

Since being diagnosed with incurable prostate cancer in May 2017 he became an ambassador, fundraiser and volunteer for Prostate Cancer UK. During 2018 gave speeches to over 2600 people at major events and awareness talks in workplaces and running clubs which have contributed to people getting diagnosed early with significantly better outcomes than his own diagnosis.

In October 2017 Tony was made Fundraiser of the Month for The Christie when he ran the Manchester Half Marathon raising over £4,000 despite struggling due to the impact of his treatment. He has also been an ambassador for Maggie's Manchester Cancer Support Centre and in April 2018 he ran the London Marathon raising over £13,000 for Prostate Cancer UK.

In February 2019 Tony set up 5K Your Way at Wilmslow Parkrun to help support people living with and beyond cancer to get back into or start exercising as it is now seen as a vital part of the process of preparation for treatment or surgery as well as aiding rehabilitation afterwards.

Tony told me "It was shock to open a letter from the Cabinet Office and find out that I'd been awarded the British Empire Medal for services to charity, fundraising and the community in Cheshire. I was absolutely delighted to receive the award which will be presented at an Investiture by The Queens Lord Lieutenant for Greater Manchester. I will also receive an invite to a garden party at Buckingham Palace which will be a real highlight. I am very thrilled and flattered to become Tony Collier BEM."

This year Tony is trying to run 970 miles as a fundraiser for Prostate Cancer UK to represent the number of men who die of prostate cancer each month in the UK. Visit his JustGiving page for more information and to make donation.

Paul Treacle
Massively and richly deserved. Tony is an inspiration.

John Yates
Well done Tony, you are indeed an inspiration to everyone that meets you.

Mark Goldsmith
Congratulations Tony, this is richly deserved in so many ways. Enjoy your day at the Palace.

Wayne Jaffe
Congratulations Tony, enjoy your well deserved recognition and thank you for all the support you give to Wilmslow parkrun.