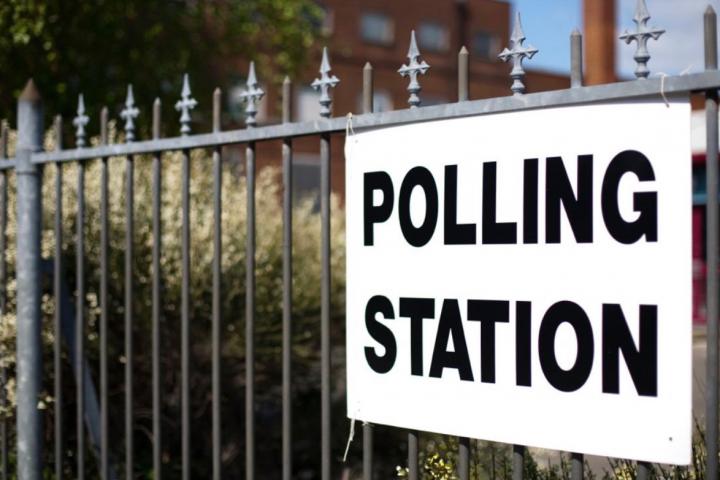 It's all change for Wilmslow Town Council as eight new members have been elected and three existing Conservatives have lost their seats in this week's local elections.

Twenty-two candidates stood for the fifteen seats on Wilmslow Town Council which will now consist of 8 Conservatives, 4 Residents of Wilmslow (RoW) candidates and 3 Liberal Democrats.

Previously the 15 seats were occupied by 13 Conservatives and 2 members of RoW.

* Existing town councillor prior to the election on May 2nd 2019.

Keith Chapman
I would like to express my regret that excellent councillors were not re-elected to Wilmslow Town Council. Angela McPake, Christopher Dodson and David Pincombe worked exceptionally hard and were very effective in furthering the interests of Wilmslow. All three contributed to the key initiatives of the last council including the Carrs toilet block and cafe, the transfer of allotments, the Rex development and the Neighbourhood Plan. This is not a party political point and I am sure David Jeffery and Mark Goldsmith of ROW would agree with me. Indeed on the last Wilmslow Town Council there was an excellent team spirit and party politics never played a role. I would like to congratulate all those just elected to Wilmslow Town Council, and I am sure they will all work hard for the Town whatever ticket they were elected on.

Richard Armstead
Well done RoW. At the same time I think the loss of Angela McPake and David Pincombe is a pity - both have the best interests of Wilmslow at heart.

David Jefferay
@Keith Chapman, yes I do agree. They were excellent Councillors and their contribution will be missed. However, I've no doubt that they will continue to support the town in other ways.

Pete Taylor
@ Keith Chapman, I also agree; perhaps if Conservatives had thought just a little bit more about the mood of the local electorate and not chucked in a make-weight candidate and one lazy individual who (for unfathomable reasons) was re-lected to WTC; while a couple of decent folks were not... politics, eh.. it's a funny old game.

I have no doubt that the (short-term memory) snipers from the long grass will be along soon.

Hopefully the un-redacted version of the Lyme Green report (paid for by J. Public) will be available before long; also the results of the eight formal Police investigations; interesting times ahead.

.... and of course, Angela McPake and David Pincombe actively opposed the demolition of the Summerfields community leisure facilities in favour of an inappropriately big Lidl.

This is the supermarket hundreds opposed but is now being built - warehouse like - slap bang next to existing homes.

Angela & David's decision was regardless of any party politics and exactly the way it should be.

Christopher Dodson
I would like to thank the people of Wilmslow - I almost said the residents of Wilmslow - for electing me twice to Wilmslow Town Council, and the 890 kind souls who voted for me yet again on Thursday. I count it a huge privilege to have served on the Town Council for the 8 years since it was formed and to have helped to deliver its many achievements. I wish the new Council every success in building on these achievements.

In case anyone is in any doubt on this point politics has played no part to date in Wilmslow Town Council. I firmly believe that if a visitor from Mars had attended any of the Council meetings during the last 8 years he or she would not have been able to identify the political affiliation, if any, of any member of the Council. The sole focus has always been on what is best for Wilmslow.

It is with deep, deep dismay I note that the electors of Wilmslow West have voted off Wilmslow Town Council Angela McPake despite all she has done for Wilmslow, including the return of the Rex, and the electors of Dean Row David Pincombe despite all he has done for Wilmslow, including most recently persuading Cheshire East to refuse planning permission for a care home on Handforth Road. I am however delighted that the electors of Wilmslow West have voted on to the Town Council Julie Dawn Potts who has already done so much for the shops in Chapel Lane and will I know now do much for the whole of Wilmslow.

New blood is always welcome. I repeat that I wish the new Council every success.

Manuel Golding
A thank you to the voters of Wilmslow

Residents of Wilmslow (ROW) would like to thank the voters of Wilmslow for enthusiastically turning out to last week’s polls, for showing your trust in RoW and your strong desire for a long overdue change in the way Cheshire East Borough Council operates.

RoW has come a long way in just eight years from an initial small group who protested against the loss of Green Belt within Wilmslow to being a political force within the town.

Whilst it will take time to turn around Cheshire East Council, our councillors will have a voice to express the concerns of residents within Wilmslow. There are a number of council business issues that need fresh in-depth scrutiny; our aim will be to bring the changes you voted for, whilst working with other Independent groups.

Without your trust and electoral support RoW would not be where we are today. Your new councillors clearly understand, it is the voters of Wilmslow who elected them and it is to you whom they owe their allegiance.

We propose to keep you informed as to future issues and innovations at both Cheshire East and Wilmslow Town councils.

Your views and concerns that affect our town will always be of interest to us, therefore, please do not hesitate to contact any of our councillors.

Yours sincerely,
The Residents of Wilmslow Executive team

Martin Theobald
So what happens next? Do the WTC councillors have to be sworn in or similar? Are they put on parade at the next market and introduced to the electorate by the Town Crier?