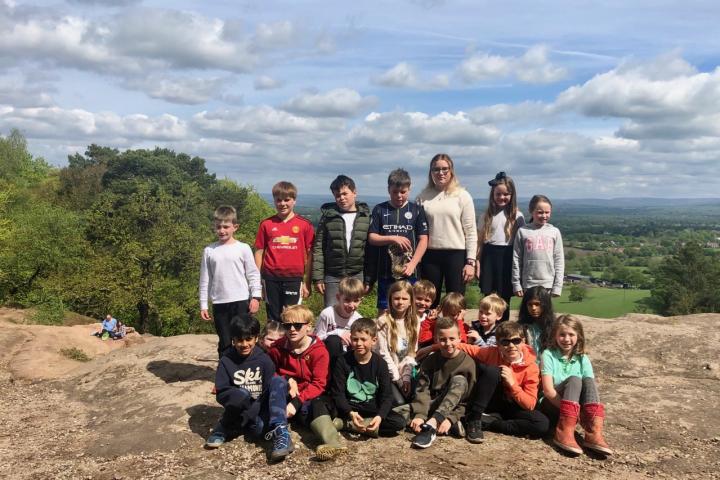 A little boy with a huge heart and plenty of determination is preparing to take on another big challenge to help poorly children and this time he'll be surrounded by friends and family.

Eight year old Joseph Hibbert from Handforth has been raising money for children's hospitals since the age of three when he ran a 1.5k In Manchester, raising over £1,000.

So far he has run 7 races for charity and climbed Ben Nevis in awful conditions in 2017 raising £6000. Last year he put on his hiking boots again to climb Snowdon, the tallest mountain in Wales, along with six of his friends. Between them they raised over £9000 for Manchester University NHS Foundation Trust Charity, which works hard to make a difficult time a little bit easier for young and old.

This year Joseph is planning to climb Scafell Pike the highest mountain in England and the final in his three peak challenge, once again raising money for Manchester Children's Hospital.

Like last year Joseph has opened the challenge to friends, family, parents and teachers and is over the moon that he has over 60 people going up Scafell Pike with him on June 1st, which is expected to take them around 7 hours.

His mum Shelley said "It's really turning in to a community event with children from over 8 schools in the area including Terra Nova, Cheadle Hulme, Wilmslow High, The Ryleys, Alderley Edge School for Girls and MGS. He even has the head of his school Pownall Hall taking part."

Shelley added "We are so proud thinking back to where this started, with Joseph being just three years old taking part in a 1.5k mini fun run in Manchester."

So far Joseph has raised over £20,000 for charities and all the money raised from this challenge will go to Central Manchester University Hospitals NHS Foundation Trust Charity.

If you would like to support Joseph's fundraising efforts donations can be made via his JustGiving page.