Wilmslow Station set for an upgrade 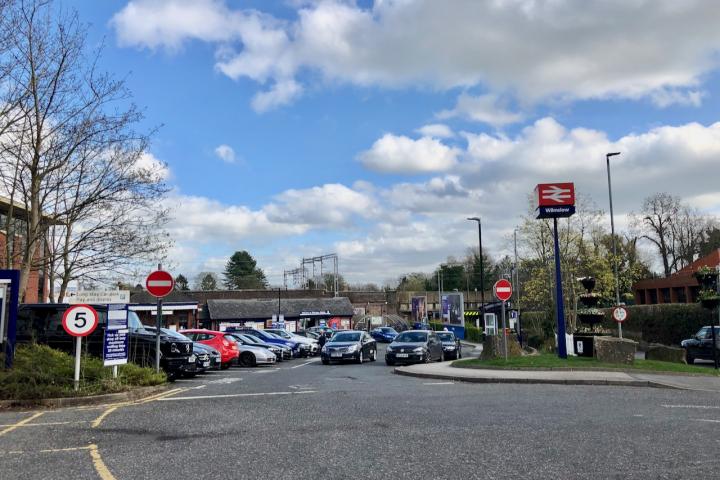 Wilmslow Station is one of six across Greater Manchester and Merseyside that will see improvements this year as part of a £15 million investment by Network Rail.

Anna-Jane Hunter, director for the North of England at Network Rail, said: "We are making improvements to station facilities, together with our railway industry partners, at well-used stations such Wilmslow, Wigan Wallgate, St Helens Central, Glossop, Cheadle Hulme and Heaton Chapel to help improve passengers' experience.

"We know that passengers in the north have been affected by poor performance in recent months. While I'm pleased to say that performance is getting better, we know there is still work to do.

"This investment will provide vital upgrades to key stations in Greater Manchester and Merseyside that passengers' want and rightly deserve."

Chris Jackson, regional director for Northern, said: "The improvements at the six stations are a perfect example of the benefits customers see when the rail industry works together.

"Northern is already in the process of improving the entire journey experience for its customers, with new trains, refurbished trains and better stations all set to be introduced this year.

"The additional investment from Network Rail will help to provide our customers with the facilities and services they expect from a 21st Century railway."

Caroline Whittam, Transport for Greater Manchester's deputy head of rail, said: "Stations are not just the beginning and end points of train journeys but can be enjoyable spaces and hubs of local communities.

"TfGM welcome these improvements to these Greater Manchester stations and the wider region and are particularly pleased that they will make them more accessible and comfortable for passengers. It is so important that we encourage more people to use their local stations and do everything we can to deliver the economic and social benefits of our long-term rail strategy."

John Gibbons
Why’s it all about car parking? It’ll just put more cars and pollution on the roads around the station. How about better bus services to the station?

Verna Riding
Once again, Handforth Station is missed out. Consideration should be given to provision of access for elderly and disabled passengers and parents with young children and trollies, all struggle to negotiate the 35 steps for both access and egress. In this modern age it should not be necessary. It was suggested that when the new properties were being built, there would be a pathway to leave the station. Nothing happened and I heard that, rightly or wrongly, it didn’t happen because British Rail would not pay. Handforth has a lot of elderly residents who have to use the station as we no longer have a bus service direct to Manchester and are obliged to use the rail network