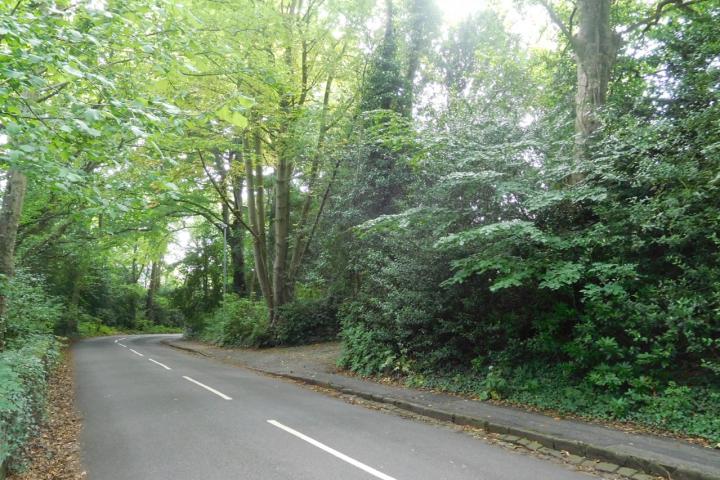 Revised plans have been submitted to demolish a detached house, which was built on the site in 1936, and replace it with a development of four houses off Wilmslow Park Road.

The initial scheme submitted in July 2017 was for seven properties on the 0.462 ha site which is currently occupied by a large single dwelling. This application was refused for numerous reasons, including over-development of the site, the impact of the proposal on neighbouring properties and inadequate parking.

Subsequently plans for a development of six houses were submitted and also refused because it was considered to be overcrowded with a lack of privacy between the proposed 6 properties. The main issues for its refusal were: the effect on the character and appearance of the area, the living conditions of future occupiers with regards to privacy and the effect on protected trees

This second revision is for a residential development of four, 2-storey dwellings with accommodation in the roofspace. These include two 4-bedroom and two 5-bedroom properties with 14 car parking spaces.

The revised plans can be viewed on the Cheshire East Council website by searching for planning reference 18/6202M. The last date for submitting comments is January 23rd and a decision is expected by 6th February.

Jon Newell
Still represents an over development in my opinion.
I really hope that, should have his development proceed, the developers are COMPELLED to keep all the workmen/women's vehicles inside the site. I know it will be difficult but, at this level of density, it should be possible.
The alternative of having the vehicles parked on Wilmslow Park North / South (more likely on the pavements completely blocking pedestrian rights of way) is going to be the unacceptable. And, according to the signs, parking at the bottom of Cow Lane is not allowed.
If the action is taken early enough, the developers will be compelled to build the need to park their vehicles and the associated costs into their plans.

Marcia McGrail
I have to agree with the previous comment - still over-developed at 4 (down from 7 presumedly going by the adage..if you want a pony, ask for a kitten first); under-resourced in terms of parking etc all in the name of narrow-minded greed. If this precedent is set, what's to stop all and sundry knocking down any old house and building 7 on the same footprint? Greed, plain and simple. Certainly no thought of community aesthetics/practicalities/safety - but then, isn't that the council's oversight?
They won't be content until anything green/open aspect/beautiful is covered in housing estates.

Robert Kemp
My Wife and I moved here from East Anglia at the end of May 2018. The reason we chose our apartment in Wilmslow park north was its beautiful surroundings. We had the impression that we were moving to an area that had certain restrictions on the level of development that could occur. It turns out that this might not be the case if the house is demolished and developed

We suffered a similar fate in Ipswich - we moved to the outskirts of town, only for a residential development to spring up around us. The roads of course were not built to cope with the increased density of traffic and we found people began to park on the access roads or preferably for them - half on the pavement.

Residents of Wilmslow - we need your help - please lodge your objections to the Blackford development before its too late (23/1/2019), otherwise your access to a beautiful area of your (our new) town will be trashed in the name of profit.