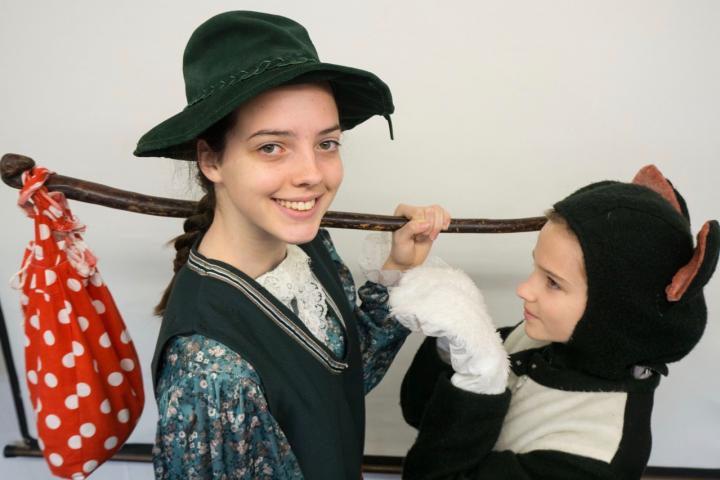 The Guild Players have been performing a pantomime just before Christmas since the 1960s, and this year is no exception as they are preparing to perform the much-loved classic Dick Whittington.

Director Grace Reed said "We try to bring a little magic to children of all ages from 4 to 94," said Grace. "For a couple of hours the audience suspend belief and accept that a man is playing the dame and that a young girl is playing the principal boy. They accept all of the old jokes as if they were hearing them for the first time."

Ticket secretary Bill Beton said "The Guild Theatre only holds 75, with the audience on three sides around the stage. It makes a wonderfully intimate show which really gets the kids involved in a way they just don't get when watching TV or YouTube.

"One year we had a little member of the audience run on stage and kick the baddie in the shins! While we hope that won't happen again, it was hilarious at the time."

Grace said "One of the most popular characters is always the animal, whatever it is, and it is never questioned why it is played by a human. All of the usual characters are in this year's production of Dick Whittington, the story built around a character who really existed and became Lord Mayor of London. Back in the 1970s the Chamberlain of the City of London was a direct descendant of the original Dick and proudly bore his name."

She added "For me the Christmas season begins after the last night of our pantomime when I get chance to relax!" said Grace. "Come and join us in the fun of a traditional pantomime. Cheer the goodies and boo the baddies!"

The pantomime runs from 12th to 15th December at Wilmslow Guild, the adult education centre on Bourne Street. Performances start at 7.15pm. Tickets cost £8 for adults and £5 for children (£6 and £4 on Wednesday) and can be booked online at www.wgp.org.uk (no booking fee), by calling 01625 520126 or emailing tickets@wgp.org.uk.