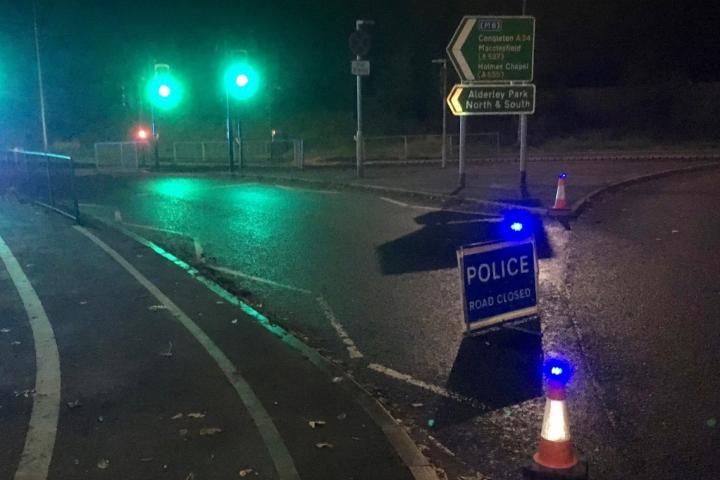 Three people have sadly died after a collision on the Alderley Edge bypass involving a car and a minibus.

Emergency services were called to a serious collision on the A34 Melrose Way at 12.04am on Sunday 4th November.

A number of casualties from the minibus were treated at the scene and taken to hospital.

Sadly, two people, a man aged 47 and a 14-year-old girl, died at the scene and a third, a woman aged 41, died at hospital. They were all travelling in the car.

Two others in the car – a nine-year-old girl and a 19-year-old woman – are currently in hospital. Their respective conditions are described as critical and serious.

The family are being supported by specialist officers at this difficult time.

Anyone who witnessed the collision and has not yet spoken to police should contact Cheshire Constabulary on 101, quoting IML 231304.Three people died after bypass crash involving car and a minibus