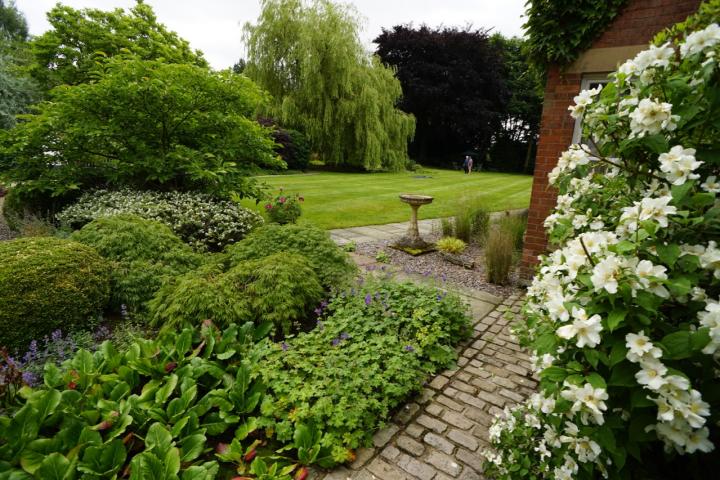 Nineteen beautiful gardens in Wilmslow, Handforth and Alderley Edge opened their gates to the public on Saturday, 30th June, raising a record amount for a Wilmslow based charity.

Jenny Gibbs, chair of the charity said " We are simply delighted that we can now look at several projects to put in wells, pumps, dams and also importantly educate villages about sanitation, in drought stricken areas of Africa.

"With 99% of everything that we raise going directly to the water projects, we have some important decisions about how to spend this fantastic amount of money. It is a tribute to all the gardeners and helpers, plus supporters, who not only had a lovely day, but made such a valuable contribution to such a good cause."

The charity, founded in the 1980's has raided over a £ million, enabling them to fund over 200 projects.

Jenny added "In the past few weeks we have experienced ever decreasing amounts of water in our reservoirs and a hose pipe ban seems fairly imminent, it therefore seems fitting to really try to understand just what a scarcity of water can mean."

Howard Piltz
Heartiest congratulations folks. You all deserve the success, and the 'am salad was 'alf bad either.

Terry Roeves
Nineteen miracles in an exceptionally dry year. Great result. Thankyou!
1976 was our personal last gardening challenge.
However the following year 1977 we did have the Queen’s Jubilee celebrations and Virginia Wade winning Wimbledon. I won’t comment on the Royal Family, but a British lady to win Wimbledon? Why not fans?
After all we will need a follow up to winning the football World Cup.