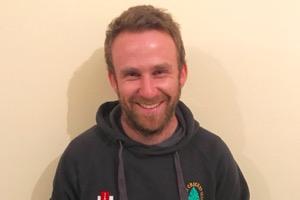 The visitors won the toss and bowled first despite the hot conditions. After losing Rob Herriott early, Lindow piled on the runs as Atiq Uz-Zaman got 50 and Grant Waldron (106 not out) scored his first century for the club. Well supported by Alex Matthews (44) and Major Khan (25), the home side declared on 294-7 off 45 overs.

With the visitors 88-6 in reply it looked like Lindow were heading for nine wins in a row, but a 101 run seventh wicket partnership for Runcorn meant that time was running out. Tim Young finished his overs with 4-57 and it was left to skipper Ben Tyler (3-41) to bowl the final over with Runcorn on 209-9. The final wicket eluded Lindow and they had to settle for a frustrating draw, but they will take some comfort as the result keeps them top of the table.

Saturday was equally frustrating for Lindow 2nd XI who lost away to Heaton Mersey. Having lost the toss, Lindow scored a solid 212-8, with Andy Hume (57) and Liam Howarth (33) top scoring.

In reply the home side's first wicket partnership of 99 made it hard for Lindow and despite 3-60 from Matt Ramsden, Heaton Mersey won by 6 wickets. The defeat sees Lindow slip to second but still well in the hunt for promotion.

Lindow 3rd XI made it six league wins in a row with victory at home to Mellor 1st XI. The visitors were dismissed for 123 with 4-20 from Mike Bufton and two wickets each for Paul Wilson and Ben Hamilton-Ryan.

The Lindow reply was led by captain Hassan Mahmood (37) and seen home by Charlie Hodge (21 not out) and Mike Bufton (32 not out) for an impressive six wicket win.