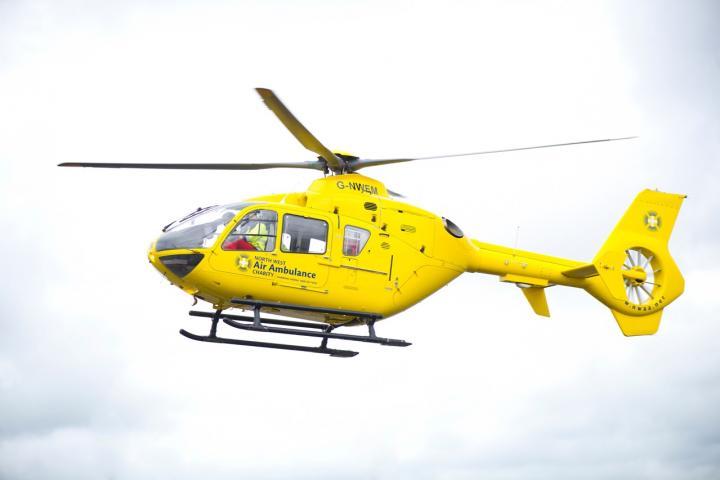 Emergency services, including the police, ambulance. air ambulance and three fire crews - from Wilmslow, Poynton and Congleton - were called to the accident on Melrose Way just after 1pm.